Robbie Robbins Elected to PCCA Board 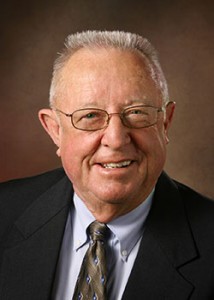 “I’ve never known a better man than Charles Abernathy,” Robbins says. “Charles is a great Christian, a proud American citizen, and a dedicated cooperative member. He asked me to serve on my first gin board in 1968, and it’s an honor to replace him on the PCCA Board,” Robbins adds.

Robbins has a long and accomplished history of cooperative leadership. He has been a longtime PCCA delegate body member representing Altus Cotton Growers and has been a member of the West Texas/Oklahoma/Kansas Marketing Pool Committee since 1987. Robbins was elected to his first cooperative gin board in 1968 and later joined a group of farmers who founded Altus Cotton Growers where he has served on the board since its inception in 1974. Robbins has served on the Lugert/Altus Irrigation Board, has represented the state of Oklahoma on the Cotton Board, and is a member of the Tamarak Road Church of Christ. Like his mentor Charles Abernathy, he also was awarded the Legends of Agriculture award from radio station KWHW and the First National Bank of Altus, Okla.

A third generation farmer in the Altus area, Robbins proudly brought his son Robert Dan Robbins, IV, into the family business. The Robbins family farms 5,650 acres of cotton, 3,500 acres of wheat, and owns a cow/calf operation.

“I firmly believe PCCA is a great cooperative. If I didn’t believe my involvement was beneficial to PCCA members in District One, I wouldn’t have left my farming operation and driven more than 200 miles to come to PCCA meetings in Lubbock for all these years,” Robbins explains with a smile. “I hope to continue in the footsteps of Charles (Abernathy) and represent my district well.”