By Shelby Axtell and Jennifer Boyd 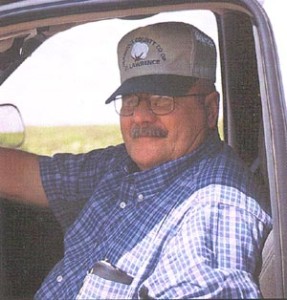 Texas Rolling Plains cotton producers are looking forward to a good harvest this season. Some of the region’s crop received sufficient rainfall, and gin managers are expecting to gin about the same number of bales as last year.

Jones County cotton, which is 100 percent dryland, appeared to benefit from a good start, according to Stamford Coop Gin Manager Rex Ford. Mother Nature accommodated the area with moisture, and Ford is looking forward to a good harvest with an expected 15,000 or more bales to be ginned.

Larry Black, manager at Roscoe Coop Gin, said the crop there was in need of a good rain in late August. “We’d be looking really good, if we’d get a good rain,” Black said at that time. “But it is holding up real well.” Roscoe’s crop is two weeks behind schedule this year, but Black anticipates ginning more than 17,000 bales.

Glasscock County Coop Gin Manager B.J. Havlak said he is anticipating to gin about the same if not more this year. However, without a good rain Havlak is not counting on too much more.

“If we get a two inch rain overnight, things could change,” Havlak said optimistically in mid-August.

At the same time, Jack Shepard, gin manager of Farmers Coop Association in Stanton, Texas, said, “most of the crop looks good, but there is some burning up. The irrigated fields look real good, but being mainly dryland, the cotton definitely needs a rain.” Shepard is expecting to start ginning about a month late this year. 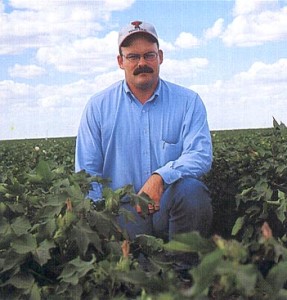 “If it would have rained four days ago, it would be absolutely wonderful,” Dan Jackson, Meadow Coop Gin manager, said in early August. “The crop does look good, but it is not going to be what it could have been.” Spade Coop Gin Manager Glenn Throckmorton also is disappointed in the crop this year.

“It is nowhere near the crop that it was last year, and only about half of our cotton acres were planted this season,” Throckmorton said. “Of the cotton planted, some of it has been lost due to hail and excessive rain early in the season. The remainder has been affected by high temperatures and dry conditions, and is expected to produce a low yield. We ginned more than 60,000 bales last year, and we will be lucky to gin 20,000 this year.” 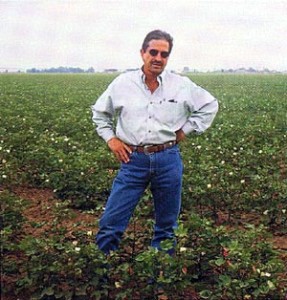 Associated Cotton Growers in Crosbyton, Texas, also expects a short crop this year. According to Manager Randy Arnold, irrigated cotton looked favorable, but the dryland crop was in need of rain and was beginning to bloom in the top by mid-August.

Parmer County Cotton Growers Coop lost more than 85 percent of its crop to root rot this season, according to Manager Edwin Teltschik. The cotton that remained was late and yields were expected to decline 20 to 30 percent. The Parmer County coop normally gins 38,000 bales, but hail, drought and disease may reduce the volume to only 6,000 this year.

Cotton in the Petersburg Coop Gin area is looking better than most, according to Manager Paul Willis, despite severe storms that destroyed a large portion of the crop. Petersburg members retained 55 percent of their crop, and the irrigated cotton looked good in August.

“Our dryland cotton needed a rain in mid-August,” Willis said with a chuckle. “However, we do look better than most areas around us.” Willis added that picker varieties are looking better than the stripper cotton. 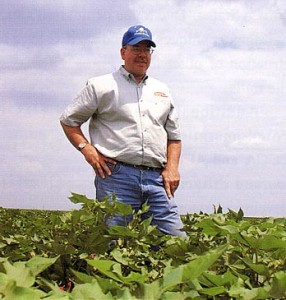 Lubbock Cotton Growers (LCG) Manager Kris Thomas said the year started out good with adequate moisture. However, LCG members did not receive any rain from June 25 to late August.

“If it would have rained in early August, the crop would have been looking good, but now it’s beginning to burn,” Thomas said in late August.

LCG members suffered a setback from the start due to stormy, cold weather, but much of the cotton recovered. Underground moisture from winter rains aided the crop at the beginning of spring, but soils soon dried out due to the hot summer temperatures. In August, Thomas was planning on ginning about one-third less this year. 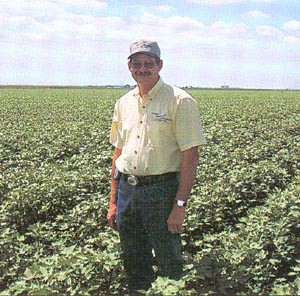 Kansas and Oklahoma cotton fields have seen it all this year. From fleahoppers to flooding to drought, the cotton there received a dash of everything Mother Nature has to offer.

Northwest Cotton Growers Coop (NCG) in Moscow, Kan., made it through its first season bringing in 33,675 bales last year, according to Manager Jerry Stuckey. This year, the area has 50 new producers and their acreage, coupled with that of existing members, resulted in a 100 percent increase in planted acres. However, some of those acres have since been lost to flooding and hail.

Southwest Kansas received two severe storms this spring. In May, the area received major flooding that forced the closure of Highway 54, and parts of some fields were still under water by mid-August, Stuckey said.

“This flooding only happens once in a hundred years around here,” Stuckey said. After the rain in May, some fields were hailed out in late June. “First, we got drowned, then we got pounded,” Stuckey added with a laugh.

Despite the adverse weather conditions, Stuckey remains optimistic about the year, and he is planning on ginning more than in 2002. He also said some members are starting to see a few fields that have been exposed to the herbicide 2,4-D, which could cause moderate to severe yield loss in some areas.

“If you would have asked me a couple days ago, my comment wouldn’t have been as good, but we got a rain,” Latham said with enthusiasm in August. More than half of the crop was in excellent condition around the Winfield, Kan., area at the time with the rest being in fair to good condition. A portion of the cotton crop was planted late this year due to the wheat season, and ginning will depend on fall conditions. However, Latham says additional rain could have boosted ginning volume by 20 percent more than last year.

Fleahoppers were a major pest in the Anthony, Kan., area this summer, according to Gary Feist, Ok-Kan Coop manager.

“Dryland cotton, despite a lack of rain, looks good,” Fiest said. “It is hanging in there and looks better than the milo and beans. There’s been scattered showers that have had a positive impact on some of our cotton, but a good rain would always be appreciated.” Feist expects to gin about 3,000 bales more than last year.

Producers in Southwest Oklahoma were running out of irrigation water in August as a result of two years of drought. Altus Cotton Growers Manager Mike Berry said that despite the irrigation issue, the cotton is in good condition. The Altus area, however, witnessed a decrease in planted cotton acres, and Berry expects to gin only 50,000 bales this year compared to 63,000 bales a year ago.

Brad Wenk, Humphreys Coop assistant manager, hopes to gin about the same volume as last year. In May and June, some acres were lost due to excessive moisture, but the area was in need of rain following extremely high July temperatures.

“Our dryland acreage increased this year, but the 100 degree plus temperatures for the past month are beginning to take a toll on the crop,” Wenk said in August. “The dryland is about three weeks behind normal because the ground was too wet to plant on time this spring. I don’t want to jinx the crop condition, but most of the irrigated cotton looks good,” Wenk added. “However, late season irrigation could be limited if Lake Altus is not filled soon by a good rain.”

Heavy rainfall last November and December in the Coastal Bend area of Texas made growing conditions ideal for cotton producers there in 2003. Rainfall of up to 40 inches during the two-month period in some areas provided good bottom moisture for this year’s crops, and several gin managers expected to gin at least 25 percent more cotton.

Gulf Coast Coop Gin Superintendent Randy Freudenrich said farmers in the Kingsville area got off to a late planting start due to the wet conditions.

“The crops still were good even though they were late,” Freudenrich said. “We had a few late rains that helped. We will probably gin 35,000 to 40,000 bales this year, and you’ll see that all over the Coastal Bend because of the rainfall in the latter part of last year,” Freudenrich explained. Cotton producers in Central Texas have seen similar crop conditions. Expectations in the Lower Rio Grande Valley of Texas, however, were mixed.

“It’s the best cotton I’ve seen in my lifetime,” Gerald Miligan, manager at Lyford Gin Association said in early August. By mid-September, Lyford had completed their ginning season with a total of 34,538 bales.

Miligan said Lyford’s members harvested a bale and a half to the acre average yield on all of their cotton which is dryland. He explained the good bottom moisture and a few good showers throughout the growing season made a dramatic change from last year.

Brownsville Coop Gin, on the other hand, ginned a lot less cotton this season according to Manager Bonnie Cherrington. She said producers there planted fewer acres to cotton and more to other crops such as grain sorghum.

The cotton harvest was in full-swing in Central Texas, according to PCCA Field Representative Cris Gwinn. A large portion of the crop was planted later than usual, but the hot, dry, weather in the area this summer quickly brought the cotton to maturity.

“The overall conditions of the Central Texas cotton crop are good to excellent, and we are hoping that it doesn’t rain,” Gwinn said in August. The cotton, which is open at this point, would be damaged and harvesting would be interrupted, he added.

Crops in the Hillsboro area also did not need any additional moisture, and growers in the area said the crops looked as good as last year.

Winter Garden Coop Gin Manager Mike Yeary said, “a little more than average,” rainfall has delayed the crop there, but he still expects to gin more cotton than last season when more than 21,000 bales were ginned.