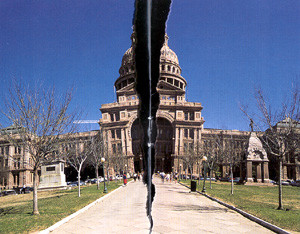 The 77th Texas Legislature in 2001 was applauded for its efforts on behalf of the state’s rural areas and agriculture industry. Focusing on issues such as rural economic development, health care and education, telecommunications, transportation, and agriculture policy, many critical initiatives were launched.

Two years later, many of those initiatives were in jeopardy due to a projected state revenue shortfall of $9.9 billion. Industry and government leaders knew they would have to fight to protect the gains on behalf of rural Texas and agriculture.

Texas Agriculture Commissioner Susan Combs said the 78th Texas Legislature would be a contentious one. She made the prediction on January 22, 2003.

“This could be one of the ugliest sessions in some time,” Combs told members of the Texas Agriculture Council, a loose-knit coalition of lobbyists for and representatives of agricultural interests from throughout the state. Combs, elected in 2002 to her second term as head of the Texas Department of Agriculture, cited the anticipated impact of the revenue shortfall on the state budget, water issues, property rights, and school finance reform to justify her comment. She also mentioned congressional redistricting as a potential source of controversy during her conversation with the council.

“This has been absolutely one of the ugliest sessions I can remember,” Combs said in mid-April. “A budget cut of 12 percent was imposed on all state agencies, and a lot of freshmen legislators have been forced to cast some tough votes,” she added.

The budget cuts were enacted to help offset the revenue shortfall for the next biennium (two-year budget). To cover the remainder of the shortfall, a number of bills were filed that, essentially, would raise taxes on agricultural property, commodities, and fuel. Other bills were filed to merge state agencies and further reduce operating budgets. Although few of the bills were expected to pass, the drama was not lessened.

“The previous legislative session did a lot of good for rural Texas and the agriculture industry,” Combs said. “This session, we’ve had to work smarter to defend and preserve the gains that were made two years ago.” 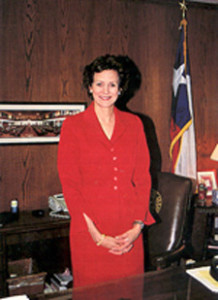 Concerns about budget cuts impacting the Texas boll weevil eradication program were expressed in January. However, by mid-April, those fears subsided somewhat.

“Boll weevil eradication funding is still up in the air because the joint House and Senate finance committee has not met,” Combs said at that time. “Everyone has worked hard for adequate funding for the program, and the legislators have been very receptive,” Combs added. “The Texas Boll Weevil Eradication Foundation has provided great data to support these efforts.” State Rep. Rick Hardcastle from Vernon, Texas, agreed.

“I’m proud of what we’ve done for the boll weevil program considering what we were facing at the beginning of this legislative session,” said Hardcastle, chairman of the House Agriculture and Livestock Committee. “We met our commitment to not raise the producer assessments in a major way other than the payout,” he added. Hardcastle is one of only three state representatives directly involved in production agriculture outside the legislature. Like Combs, Hardcastle was concerned about taxes, water issues, and property rights.

“If the average producer loses one-half of the tax exemptions now available, that producer will be out of business,” said Hardcastle. The three-term state representative noted more than 300 bills related to water were filed for consideration by the 78th legislature.

“We’re a long way from where the state water plan needs to be for the future of our rural areas,” Hardcastle said. “We must be diligent about finishing the plan, and I think we can set policy that serves the entire state.” Some of the water bills pose serious property rights questions, he also noted.

Simmering disputes over legislation in the Texas House of Representatives came to a boil in early May when a proposed congressional redistricting plan surfaced. To block the redistricting effort, 51 Democrat legislators gathered in Ardmore, Okla., on May 12 to prevent a quorum in the Texas House and any official action for four days. Their “protest” effectively killed the proposed redistricting as well as any other bill still pending in the House of Representatives. 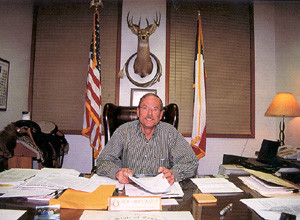 “Any legislation with a remote chance of passing had to be passed out of the House by midnight on May 15,” explained Tommy Engelke, executive vice president of the Texas Agricultural Cooperative Council. “After that deadline, the redistricting measure and any other bills could not be brought to the House floor for a vote and probably are dead issues this session,” Engelke said in mid-May.

Some observers asked what impact the Democrats’ walkout would have on pending legislation regarding agriculture. In reality, the walkout may have done more good than harm, according to Engelke.

“Their action may have killed some very bad legislation that could have had severe repercussions upon agriculture,” he said. “Fortunately, House Bill 1 (HB1), the state appropriations or state budget bill, that includes boll weevil eradication funding was far enough along in the legislative process that it could be addressed,” Engelke continued. “The current state budget and fiscal year expires on August 31, 2003, and a new two-year state budget must be passed by the state legislature and signed by the governor by July 14, 2003, to accommodate fiscal responsibilities of the more than 1,000 school districts in the state,” Engelke said.

The budget was sent to the state comptroller’s office for certification prior to signing by the governor. Following a brief dispute about whether or not the budget was balanced as required by the state constitution, adjustments were made, and it was signed by Governor Perry.

Clearly, the 78th Texas Legislature long will be remembered for its controversy and drama. Susan Combs predicted it as early as January, and she was absolutely correct.