The Voice of Texas Cooperatives Celebrates its 75th Anniversary 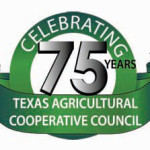 The Texas Agricultural Cooperative Council (TACC) is celebrating its 75th anniversary this year. Since 1934, TACC has become an association that serves as a voluntary, statewide organization created by Texas cooperatives. It serves as a collective voice, catalyst and clearing house on all cooperative activities in the state.

TACC’s primary mission is to “promote, support, and advance the interests, understanding, and viability of agricultural, utility and credit cooperatives and their members through legislative and regulatory efforts, education and public relations.” 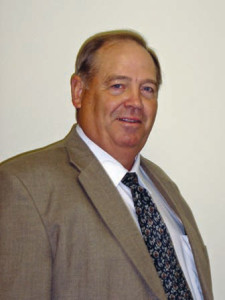 The Council has seen many positive changes throughout its history. From new headquarters and name changes, to new administration and advanced programs, TACC has positively progressed over the years.

For the first 50 years, TACC was heavily dedicated to governmental and legislative affairs. Today, the Council still encompasses these things, but it has expanded into organizing specialized programs, developing strategic plans for coops, and enhancing member relations.

In 1934, the Texas Cooperative Ginners Association was chartered and headquartered in Dallas, Texas. Eight years later, the Texas Federation of Cooperatives was added to the organization to encompass cooperatives other than gins. The two associations, still managed by one administrative team, moved their offices from Dallas to Austin, Texas, in 1952. Today, the organization’s headquarters is still located in Austin, Texas.

From 1954 to 1972, awards of recognition such as the Cooperator of the Year, The Cooperative Ginner of the Year, and the Distinguished Service Award were established. An Honorary Director category was added to the association during this time as well. With the hiring of Billy Conner in 1977, educational programs became a priority for the organization.

On February 9, 1984, the 50th Anniversary of the association, the Texas Agricultural Cooperative Council was chartered as the result of the consolidation of the Texas Federation of Cooperatives and the Texas Cooperative Ginners Association.

Current TACC Executive Vice President Tommy Engelke has been involved with the association for 20 years. Engelke joined TACC in April of 1989 and became executive vice president in May of 1996. With the hiring of Engelke, member relations in TACC became a large portion of the program of work.

“Most associations include education and government relations,” Engelke said. “We took it a step further and implemented member relations.” He explained how these positive changes have helped the association become a more viable and instructive organization.

“We have a very influential board that always has the needs of our members at heart and have influenced our changing needs,” Engelke said. “Over time, as needs and priorities have changed, TACC has tried to change as well,” he explained.

TACC has reached a milestone in its history with the 75th anniversary. The council produced a documentary DVD explaining its history. This DVD was produced so TACC’s member coops can present it at their upcoming local annual meetings.

“TACC is a collection of voices that is centered into one for the cooperatives in Texas,” Engelke said. “We are united in one focus and one thought on behalf of our members. TACC is the one common voice to protect our interests, and it has been doing so for the past 75 years.”