The Texas Agricultural Cooperative Council (TACC) is a voluntary organization that works in unity with cooperatives in Texas. Each year, TACC recognizes its exceptional members who exhibit leadership skills and offer guidance to the Council. TACC awarded two men for their outstanding dedication and allegiance to the cotton and cooperative industries at its annual meeting in Galveston, Texas. 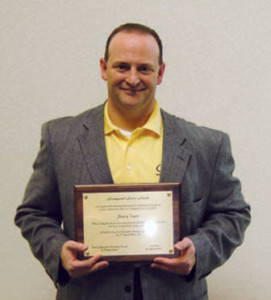 Greg Taylor of Lubbock, Texas, was chosen for the TACC Distinguished Service Award. Taylor has shown tremendous commitment to his profession in finance and accounting and has devoted endless hours to the Council throughout the years.

Taylor received both his BBA and MBA in finance and accounting from West Texas A&M University in Canyon, Texas. Taylor joined D. Williams and Company CPA firm in Lubbock, Texas, in 1989 and became a partner in 1994. He has helped make this firm one of the largest cooperative accounting firms in Texas and the Southwest.

TACC honored Taylor not only for his strong work ethic and dedication to his career, cooperatives, and the Council, but also for his outstanding leadership skills. Last year he was elected national president of the National Society of Accountants for Cooperatives. 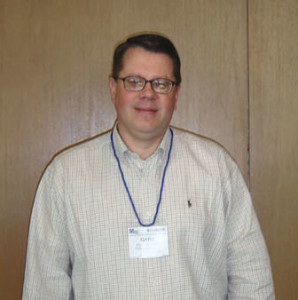 “My profession is now a ‘helping’ profession,” said Taylor. “I enjoy working with farmers every day, the cooperatives, and the businesses down the process chain from the field, to the gin, to the warehouses, the merchants, and the distributors,” he explained.

Gary McLaren of Lubbock, Texas, also was a recipient of the Distinguished Service Award. McLaren has made an impact on his family, community and the agricultural industry.

McLaren graduated from Texas Tech University with an undergraduate degree in finance. He then spent eight years in agriculture banking at Republic Bank Lubbock before attending and graduating from the Southwest Graduate School of Banking at Southern Methodist University. Though he enjoyed agriculture banking, he decided to further pursue his education and later graduated from the Texas College of Law in Houston, Texas.

He had several opportunities to join law firms in Houston, but his calling was in West Texas. Over the years, he has concentrated on cooperative and general commercial litigation. This led McLaren to speak on the behalf of agribusiness groups for the past 15 years. He now is a partner of Philips and McLaren law firm in Lubbock, Texas.

McLaren was recognized for the time he dedicates to the Council and cooperatives and his dedication to his family and community. When he is not working or spending time with his family, he is busy serving as an elder at Westminister Presbyterian Church in Lubbock or serving on the advisory board of First Bank and Trust in Lubbock.

These two men have given a substantial amount of time and dedication to the agricultural industry and are very deserving of this prestigious honor.