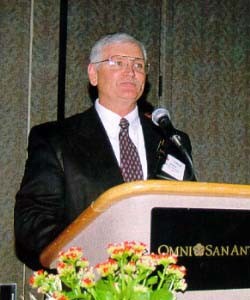 Steve Newton, manager of Owens Coop Gin near Ralls, TX, was recognized as TACC’s Cooperative Ginner of the Year.

Following in the footsteps of his father, Bob Newton, a recipient of TACC’s Cooperative Ginner of the Year award 10 years ago, and grandfather, also an accomplished ginner, Newton began his career in 1983 at Citizens Coop Gin near Shallowater, TX. Seven years later, Newton moved on to accept the position of manager at Owens Coop Gin.

Over the years, Newton has influenced many positive changes within his gin. The number of bales being ginned continues to expand and the dividends that are paid out have increased. Owens Coop has been kept in quality condition with old equipment being replaced with cost effective machinery.

Newton has two sons, Tony and Billy, who admire their dad’s hard work and dedication.

“Steve is a cooperative man at heart. It is a way of life to him. He is a great husband and father who is willing to stand up for his principles and for what he believes in,” his wife, Rhea Lyn, wrote in a letter to TACC’s Selection Committee. “During the ginning season, we don’t see much of him because his dedication to the job is very evident. The boys and I understand and respect him for his dedication. I know Steve is young, but his record should speak for itself.” 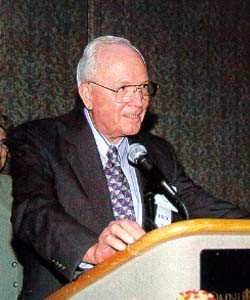 Hollis G. Sullivan received TACC’s Cooperator of the Year award. Sullivan is the president and general manager of Valley Coop Oil Mill (VALCO), in Harligen, TX. Letters supporting Sullivan’s nomination for this award confirmed him to be a friend, a mentor and a leader.

Chairman of the Valco Board of Directors Leonard Simmons wrote, “Hollis’ leadership has been a big factor in the success of Valley Coop Oil Mill. He has led the oil mill through various changes that have kept us profitable at a time when many regional coops have not fared well.” 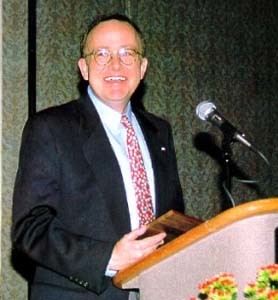 Upon graduation from Texas Tech University’s School of Law, he joined the law firm of McWhorton, Cobb and Johnson. He continues to practice with this firm with his focus on representing cooperatives in Texas.

Numerous times Hensley has been heard saying, “You people in coops have got to keep your business in order, change with the times, and get all the information you need and make those tough but informed decisions,” according to one letter supporting his nomination for the award.

In presenting the award to Hensley, PCCA President and CEO Van May said, “On the national level, there is a renewed interest in bringing back a sense of community, a sense of family to coops. Even though our winner does not work for a coop, he is definitely a huge part of our cooperative family.”

Hensley is an active member of the First United Methodist Church in Lubbock. The past two years he has served as chairman of the board of Civic Lubbock, an organization that is active in promoting the city’s arts.