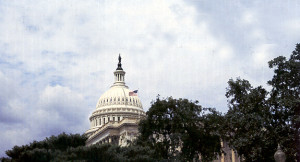 While the Bush Administration conducts and schedules free trade agreement (FTA) negotiations with an unprecedented number of countries around the world, a tariff proposal submitted to World Trade Organization (WTO) members could torpedo past and future agreements.

The proposal, submitted by U.S. Trade Representative Robert B. Zoellick on Dec. 2 at a WTO meeting in Geneva, Switzerland, calls for all participating countries to eliminate all tariffs for textile and apparel products by 2015. It completely undercuts Bush Administration plans for FTAs with countries such as Singapore, Australia, Morocco, Chile, five Central American countries, etc. It also is a reversal from previous Administration promises to minimize the adverse impact of future trade agreements and to ensure a level playing field for U.S. textile manufacturers with regard to international trade.

Of late, in negotiating FTAs the United States has, for the most part, adhered to objectives and recommendations from a coalition of U.S. fiber and textile trade associations. The most important recommendation is to ensure that such agreements are based on the NAFTA (North American Free Trade Agreement) yarn-forward rule of origin that requires use of yarn and fabric “wholly formed” in participating nations.

Other recommendations include elimination of all non-tariff barriers, the adoption of strict customs enforcement measures to prevent illegal transshipment of textiles and apparel from non-FTA countries, and a “kick-out” clause that would allow the United States to withdraw duty-free benefits if the textile rules are not enforced.

However, Ambassador Zoellick’s tariff proposal of Dec. 2 would negate any incentive for Singapore and all the other countries mentioned earlier to sign a free trade agreement with the United States. Simply put, if those countries are signatories to the WTO, they would not have to adhere to the yarn-forward rules but would still gain duty-free access to the U.S. market if Zoellick’s proposal is adopted.

Furthermore, trade advantages contained in previous agreements and Congressionally-passed trade preference programs such as NAFTA, the Caribbean Basin Trade Partnership Act, the Andean Trade Preferences Act, and the African Growth and Opportunity Act will be eliminated. The result could be economic chaos for these current trading partners who rely on favorable U.S. tariff treatment to remain competitive with countries such as China, to say nothing of virtually eliminating all opportunities for U.S. fabric and yarn producers to export their products, made of U.S. cotton, to these nations.

Imports of textiles and apparel into the United States increased at a near- record rate during September, up 30.8 percent from the same time in 2001. The leading beneficiary of those imports was China with exports up an astonishing 163 percent from a year ago, according to U.S. government statistics. Year-to- date, imports from China are up 108.9 percent, the largest individual increase ever registered, and are due almost entirely to China’s manipulation of its currency that now is 40 percent undervalued, according to a recent study by the Manufacturers Alliance.

Under this proposal, China stands to increase its share of the U.S. market even further. Indeed, the new U.S. proposal has been aptly described in simple terms as “China wins.” And if China wins, then U.S. fiber producers and textile companies and their workers lose.

It is clear that Ambassador Zoellick’s offer will come at the expense of U.S. textile manufacturers and workers and their export markets worth $13 billion in the Western Hemisphere. In fact, it jeopardizes the jobs of 1 million U.S. textile and apparel workers along with millions of workers in Mexico, Central America, the Andean region and Sub-Saharan Africa.

Unless Zoellick’s tariff proposal is pulled from the table, a literal fight for survival will ensue for the U.S. textile and fiber industries.