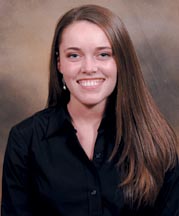 College tuition has seen a steady increase in recent years, but for six Texas Tech University students, this year’s tuition increase was easier to bear with the help of the Howard Alford Memorial Scholarship.

The scholarship was endowed in 1974 by PCCA’s Board of Directors in memory of the cooperative’s former chairman of the board. This is an honor that goes out to the top students pursuing a degree in agriculture. The scholarship is awarded based on students’ high school record, SAT or ACT test scores, grade point average and financial need. This year’s recipients are Lindsey Brewer, Jill Busby, Casey Harmon, Vanessa Harper, Tyson Heflin, and Shawn Overton.

Casey Harmon, a senior agricultural communications major from Amherst, Texas, said she enjoys her major because of the diverse atmosphere. “I get to learn about all aspects of agriculture as well as journalism, public relations, Web design, and marketing,” said Harmon.

Harmon grew up on a family farm and participated in FFA in high school. She is involved with Student Government Association, Agricultural Communicators of Tomorrow and Golden Key International Honor Society at Tech. “I love the friendly atmosphere and the relationships I have developed with the faculty and administration,” Harmon said. She graduated in May and is currently interviewing for potential jobs. 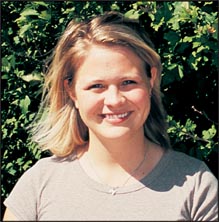 Vanessa Harper, a freshman wildlife management major from Booker, Texas, grew up on a farm where her family produces wheat, milo and game birds.

Harper chose her major to continue her family’s game farm by learning more about the latest developments in wildlife management. She participates in Agri- Techsans and Alpha Lambda Delta Honor Society. She plans to be a wildlife photographer and wants to take over the family business after graduation.

Heflin enjoy the atmosphere that Tech portrays and enjoys being a part of the College of Agricultural Sciences and Natural Resources. In his spare time he enjoys playing intramural sports. “I plan on graduating from Texas Tech,” Heflin said, “and moving back to Floydada to become a successful farmer with my dad.” 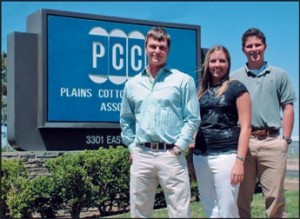 Shawn Overton, a sophomore interdisciplinary agriculture major from Lubbock, Texas, said the main reason he chose his major was because of his high school agriculture teachers. “Once they got me raising pigs, I was hooked,” Overton said. “They both set great examples for me, and that is why I am studying agriculture today.”

Overton is involved with collegiate 4-H and FFA. He also enjoys playing intramural softball. “I enjoy the fact that Tech, as a university, seems to have strong values which are built around agriculture,” Overton said. “All of the faculty and staff seem to appreciate agriculture. To me, Tech seems like a proud university that always tries hard to represent itself in a respectable manner.” After graduating, Overton plans to obtain a masters degree in interdisciplinary agriculture and would like to teach in a high school setting.

Lindsey Brewer is a freshman animal science major from Lubbock, Texas, and Jill Busby is a senior landscape architecture major from Greenville, Texas. Both were unavailable for an interview for this story.