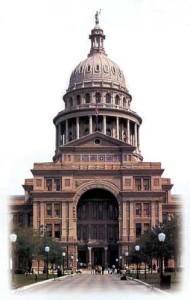 Ag and Rural Areas to Benefit from New Policies

The 77th Texas Legislative Session came to a close at the end of May 2001. After meeting for 140 days, the Legislature created a path for Texas’ rural communities to walk successfully into the 21st Century. Responding to certain agricultural, economic and industrial woes in rural communities, the Legislature took action by establishing new policies, boards, and a new agency.

As an active member of the agriculture industry, a grain warehouseman, and also Chairman of the House Agriculture and Livestock Committee, Rep. David Swinford wrote HB 1880. The bill will allow rural producers “to use their land and commodity as capital to establish an agricultural processing enterprise” and better compete with large corporations, according to the Summary Report.

The Legislature’s HB 7 was passed in an effort to ease economic distress in Texas’ rural areas. The Office of Rural and Community Affairs (ORCA), a new state agency, was formed by the bill. This agency will be made up of nine board members that will be appointed by the governor, lieutenant governor and the speaker of the house.

According to the Summary Report of Rural Legislation, “the Center for Rural Health Initiatives would be absorbed into the new agency.” With a focus on economic development, health policy and general assistance to rural communities, ORCA will help consolidate rural programs, essentially minimizing costs to the state and improving service to rural areas. Rep. Warren Chisum was the influence behind HB 7 but had the support of the entire rural caucus. The bill was signed by the governor on June 17 and will go into effect on Sept. 1, 2001.

The board, as stated in the Summary Report of Rural Legislation, will have the responsibility of ultimately recommending strategies “that enhance agricultural production, income and employment.” To meet these responsibilities, the board members will oversee several facets of the agricultural industry. They also “will review legislation to ensure compliance with policy statements laid out in Senate Bill (SB) 331.”

SB 331 is associated with expanding agricultural policy for the state and to aid in developing federal policy. The Summary Report of Rural Legislation defines SB 331 as a way to expand “the state’s agriculture policy by establishing guidelines.”

The 77th Texas Legislative Session has opened doors for the people that live and work in rural communities of Texas. The key to success with the rural legislation passed in the 77th session is working from the inside and from the people’s perspective. In other words, the Legislature has set goals and taken action to promote economic and rural development.