The Golden Age of Farm News

Long before the Internet was netting, before the Twitterverse was tweeting, and before Facebooking became an action word, agricultural editors and farm broadcasters were the conduits for vital news reaching farmers and ranchers. During their distinguished careers, the following four men became trusted household names throughout the Southwest and beyond, and their combined lists of awards and accolades would fill a book. They have witnessed many advances and challenges for agriculture during several decades and have a unique perspective on both the past and the present.
Del Deterling, The Progressive Farmer 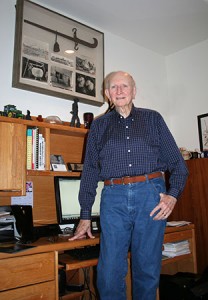 Deterling grew up on a diversified farm near Schulenburg, Texas, that included cotton. After serving as a state officer for Texas FFA in 1955, he enrolled at Texas A&M where he graduated in 1959 with degrees in agricultural economics and agricultural journalism.

“While I was growing up, I chopped cotton and picked cotton for a penny a pound,” Deterling recalls. “That’s when I decided to pursue a career other than farming,” he adds with a grin. After graduating from Texas A&M, Deterling served three years in the U.S. Air Force where he became editor of the Travis Air Force Base newspaper in California.

When his enlistment ended, he became information director for the Screwworm Eradication Program in South Texas before he joined the staff of The Progressive Farmer magazine. At the time of his retirement on Dec. 31, 2002, Deterling was executive editor of the magazine.

“During my career, I worked closely with the management of PCCA and Plains Cooperative Oil Mill and got to know their staffs and many innovative farmers,” he says. Deterling continues to write on a freelance basis and estimates he has written 1,700 feature articles. His many accolades include the Cooperative Communications Award from the National Council of Farmer Cooperatives, four Oscars in Agriculture Awards, the Master Writer Award from the American Agricultural Editors Association (AAEA), AAEA’s Lifetime Achievement Award, and he received the 2001 Outstanding Alumni Award from the Texas A&M College of Agriculture and Life Sciences. 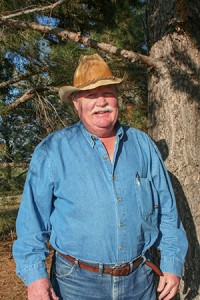 Smith was raised on his family’s farm and ranch on Mule Creek in Foard County, Texas. Cotton was the primary crop on the farm, and Smith started hand-pulling bolls at the tender age of 3. As he grew older, he moved irrigation pipe, drove a tractor, worked cattle and “pitched” watermelons. He eventually enrolled at Texas A&M and graduated with a bachelor’s degree in Agricultural Journalism in 1973.

Smith became the farm and ranch editor of the Abilene Reporter-News in August 1973 where he wrote 300 columns per year and covered many agricultural events, field days, conventions, cattle sales and FFA/4-H youth activities. In 1979, he was hired as assistant editor for The Progressive Farmer magazine in Birmingham, Alabama. During the next 10 years, he would be promoted to associate editor and cotton editor, traveling 21 cotton-growing states and to Washington, DC, to cover farm policy issues. Smith returned to the Abilene Reporter-News in 1989 to rebuild the newspaper’s six-day per week farm page. In 1998, he was recruited to be the editor of Texas Farmer-Stockman magazine (later named The Farmer- Stockman) where he remained until his retirement in 2013. During his career, Smith also attended many PCCA Annual Meetings.

Smith received many accolades from organizations such as the Vocational Agriculture Teachers of Texas, Texas Veterinary Medical Association, Texas Association of Soil & Water Conservation Districts, and Rolling Plains Cotton Growers. In 1980, Smith was named Man of the Year in Texas Agriculture, received an Oscar in Agriculture in 1984, received the Meritorious Service Award from the Texas Senate in 1990, and was named Farm Editor of the Year in 1993.
Joe Dan Boyd, Farm Journal 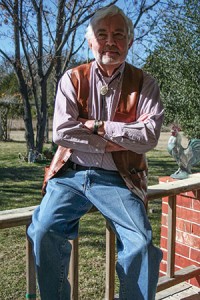 Boyd was born and raised on a small, diversified farm near Winnsboro in East Texas. One of his earliest memories on the farm was riding “the trailing edge of my great-aunt’s cotton pick sack,” he wrote. “She pulled her growing weight of hand-harvested fiber, and in her daycare role, had a simultaneous feel for my safety. Any sudden decrease in her burden was a clue that I had fallen from or jumped off the sack.”

After serving as the first full-time state FFA president in 1952-53, Boyd enrolled at Texas A&M where he received his bachelor’s degree in Agricultural Journalism in 1957. Following a brief stint as a reporter for the Fort Worth Star-Telegram where he covered West Texas as a roving farm news writer and photographer, Boyd was hired by the National FFA magazine. Soon after that, he joined the staff of Farm Journal magazine. When the publication introduced its Cotton Extra, later renamed Cotton Today, Boyd was named editor, and he “wrote or coordinated editorial campaigns on virtually every major cotton development.” His list of awards include the Oscar in Agriculture, AAEA’s Writer of the Year for two consecutive years, AAEA’s Writer of Merit Award and received the organization’s Lifetime Achievement Award in 2014.

Since his retirement from Farm Journal, he continues to be a freelance writer/photographer for the magazine and other publications, conducts writing workshops, and is working on a memoir of his FFA experience. 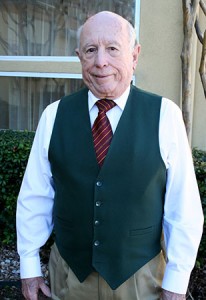 Peeples was born and raised on a cotton, cattle and grain farm in Limestone County, Texas. After graduating from Mexia High School, he attended Texas A&M and received a bachelor’s degree in Agronomy in 1953. His agricultural radio career began at WTAW in College Station during his senior year at the university. Following graduation, he worked at radio stations in Oklahoma, Kansas and Missouri before being named associate farm director at KWFT in Wichita Falls, Texas, in 1959. Five years later, Peeples and his family moved to Midland, Texas, to establish the Voice of Southwest Agriculture (VSA) radio network. Initially, the network consisted of stations in Midland and San Angelo, Texas, but eventually grew to 60 stations throughout Texas. A pilot since his 16th birthday, Peeples flew his own plane from 1974 to 2002 attending farm and ranch events across the state.

Peeples was inducted into the National Association of Farm Broadcasting Hall of Fame in 2001. He also received numerous awards from soil and water conservation districts, Texas Farm Bureau, several livestock associations, the Vocational Agriculture Teachers Association of Texas, and was named Man of the Year in Texas Agriculture by the Texas Association of County Agricultural Agents in 1984. After 31 years as founder and owner of VSA, Peeples sold the network in 1995 to Clear Channel Communications of San Antonio.

Editor’s Note: To gain their insight and perspectives on issues they witnessed or wrote about, we asked these farm news veterans a series of questions. Their answers follow each question (Del Deterling – DD; Joe Dan Boyd – JDB; Roddy Peeples – RP; J.T. Smith – JTS)

Q: WHAT WAS THE GREATEST CHALLENGE YOU SAW PRODUCERS FACE?

DD: Marketing their commodities in an oversupply situation.

JDB: The drought in the 1950s and bank foreclosures in the 1980s. Also, the public outcry over the cost of farm subsidies.

JTS: The effects of the Endangered Species Act that was passed in 1973.

Q: WHAT IS THE GREATEST CHANGE YOU WITNESSED IN THE AGRICULTURE INDUSTRY?

DD: The move to precision farming and the use of GPS and field mapping. Also the use of herbicides.

JDB: Mechanization and the use of pesticides. I grew up plowing with a team of mules.

RP: The introduction of satellite uplinks to deliver news to producers via radio stations.

Q: WHICH FARM BILL OR CHANGE IN FARM POLICY DO YOU REMEMBER THE MOST?

DD: The grain sale to Russia. Before that, ag policy was under strict controls.

RP: The farm bill that came to be known as “Freedom to Farm.”

JTS: I think the 2014 farm bill because it contained dramatic changes.

Q: HOW CAN FARMERS COMBAT THE MANY MISCONCEPTIONS ABOUT AGRICULTURE TODAY?

DD: Be proactive and support their industry organizations.

JDB: Help get scientific information to the general public, especially about GMOs.

RP: Increase their use of social media to communicate their messages.

JTS: Use all opportunities to publicize the positive things about agriculture and be diplomatic.

Q: WHAT IS YOUR GREATEST CONCERN ABOUT THE FUTURE OF AGRICULTURE?

DD: Over-regulation based on fears about global warming and GMOs.

JTS: Regulations. Our critics have a thimble full of scientific knowledge, a bushel full of emotion, and a truckload of money.

Q: WHY HAVE COOPERATIVES AND AGRICULTURE BEEN SUCH A NATURAL AND SUCCESSFUL FIT?

RP: It’s a natural way for farmers to help themselves, whether it is pooling their resources or pool marketing.

JTS: Even the largest farmers cannot have the marketing power or bargaining power they can get by being a member of a cooperative.

Q: WHO IS THE MOST FAMOUS PERSON YOU INTERVIEWED?

DD: Former Texas Governor John Connally on his ranch in the mid-1970s. He should have been president of the United States.

RP: There were two and both were entertainers and TV personalities: Art Linkletter and Arthur Godfrey. Both of them owned farming and ranching interests.

JTS: The actor Slim Pickens. He was the most interesting and nicest of all the entertainers and politicians I ever interviewed.