From Microwaves to Module Builders

Women in Farming Are Able to Adapt

Editor’s note: The following is the second installment of a story about women who manage or are directly involved in farming operations.

More women are entering the world of work outside the home than ever before, and a number of them have chosen to sit in a tractor cab rather than an office cubicle. Production agriculture is the preferred career of several women on the Texas High Plains; women who are able to adapt to the unpredictability of farming and can operate all the machines of the trade from microwaves to module builders. 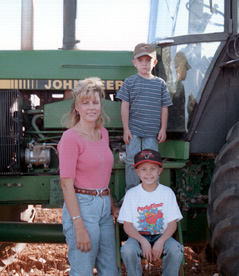 It is not every day that a fashion merchandiser, accustomed to the hustle and bustle of Dallas, Texas, and New York City, trades in her high-heeled shoes for mud boots and becomes a cotton farmer near Idalou, Texas. Yet, Amanda Harmon has never regretted her decision.

“When my son Jett was born eight years ago, I decided to stay home and help my husband on the farm,” Amanda says. “I had no idea what I was getting into,” she laughs.

With the help of several employees, Amanda and her husband Scott farm approximately 3,500 acres of cotton and an additional 1,000 acres of grain sorghum and wheat. Amanda knew very little about producing row crops when she married Scott 14 years ago but admits that her husband has been an excellent instructor.

“We come from a long line of farmers. As a matter of fact, the Harmon family has been farming in the Idalou area since 1920. I’m always impressed by his (Scott’s) knowledge of agriculture as a whole,” she says. “I couldn’t have asked for a better or more patient teacher,” she adds proudly.

Due to depressed commodity prices in recent years, the Harmons supplement their income by custom harvesting grain and operating a 200-head cow/calf operation. Raised in a ranching family, Amanda finds herself more “in her element” atop a horse than driving a tractor. Besides tending to the day- to-day feeding of their herd, Amanda saddles up and participates in “rounding up” the cows and often attends cattle sales.

As a matter of fact, Amanda remains as flexible as possible, never planning too far in advance as she never knows exactly what her job will hold in store for her each day. Once her boys, Jett, 8, and Guy, 5, are safely off to school, Amanda might find herself driving a boll buggy or grain cart, working a module builder, driving a tractor, feeding cows, or combing the South Plains for parts to fix farm equipment. One constant in her ever-changing schedule is a great deal of time spent in the kitchen preparing large meals to deliver to the farm crew.

“Farming is a hard job with even harder hours; so it’s important for our guys to eat a good meal in the middle of the day to keep up their morale,” she says. According to Amanda, their farm hands probably wish Scott would not keep her quite so busy on the farm before lunch at least.

“Depending on where I’ve been working each day, lunch can range from a four course, home-cooked meal to an occasional sandwich and chip combo,” she quips.

The Harmons involve their sons in the family farming operation as much as possible. When they are not in school, the boys are “right in the middle” of whatever their parents are working on at the time. Both Jett and Guy are more than willing to help and are eager to follow in their parents’ footsteps. The two even planted a few cotton seeds in the front yard in the hopes of harvesting their “crop” and delivering it to Idalou Coop Gin just like mom and dad. Jett thinks he and his brother might be dryland cotton farmers.

“I guess our front yard crop is dryland since we only watered it once then forgot about it,” Jett reasons. Amanda has decided she could never go back to an eight-to-five job and be confined to an office because she enjoys working with her husband and sons.

“I love the fact that my job is varied and unpredictable. There is never a dull moment,” she concludes. 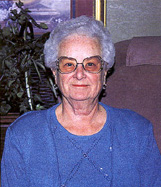 In 1902, the Williams family of Henderson, Texas, loaded their possessions in a horse-drawn wagon and traveled almost 500 miles to settle in the farming community of Slide, Texas, in Lubbock County. A century later, DeLois Williams Alexander still farms and lives on a portion of the land her parents homesteaded. In fact, with the exception of 16 years, she has lived in the house in which she was born, only moving out permanently when she and her husband, Robert, built a house next door in 1981.

DeLois grew up on a farm before electricity, tractors, genetically improved seed, irrigation pivots, and extended weather forecasts on television made cotton production less complicated. She knows all too well the aches and pains associated with farming, and one of her earliest memories is that of picking enough cotton out of sharp-edged bolls to fill her mother’s clothespin bag.

“The bag held exactly one pound of cotton, and daddy said he’d give me 10 cents for every pound I picked,” DeLois recollects. “It was quite a big deal for me as a little girl to go with daddy to spend the money I earned at the store down the road from our house,” she adds.

“Working women must be able to adapt to any situation they have to wear many hats,” she says. According to DeLois, the introduction of electricity, refrigeration, and prepackaged food allowed her to spend more time farming than cooking.

“I was able to spend more time in the field than my mother did due to advancements in the food industry,” she says. “Although mother helped in the field when she was needed, she spent most of her time preparing our food plucking chickens, making butter, canning vegetables, baking bread and gathering eggs,” she says.

DeLois has seen many advancements in the farming industry, fully appreciating the ease and efficiency each improvement has provided. She remembers the arrival of each new piece of machinery from their first “slide box,” a crude cotton harvester pulled by a mule team, to a tractor with a cab. She spent many harvest seasons tromping cotton and making room for more as the harvester on the tractor continually spewed cotton into the trailer in which she was riding. Therefore, she greatly appreciated the acquisition of a boll basket for the tractor and the module builder that soon followed.

“Farmer” always was scrawled proudly in the space provided when DeLois was questioned about her profession. She supposes it was odd 50 years ago for a woman to possess and farm her own land, but she knew several women who helped on their husbands’ farms.

“I’m sure there were more women around who farmed, occasionally at least, but it wasn’t discussed,” DeLois says. “I’m sure many ladies helped their husbands in the field because it often took more than one set of hands to get the job done. Hiring a field hand usually was too expensive because they seemed to break more than they fixed,” she says with a smile.

Operating the 750-acre cotton farm was a family affair for the Alexanders, their three children and five of their grandchildren until the couple “parked the tractor” and retired in 1988. DeLois worked in the banking business after entering “retirement” but found she enjoyed farming much more.

“Farming might not have been the most profitable profession to be in, but I have always enjoyed the work, and we have had a great family life,” DeLois says. “Besides, you can really get close to the Lord in the middle of a cotton field.”

DeLois now manages her land with a portion leased to a local cotton producer and the remainder in the CRP program. She enjoys overseeing the land she still has in production but has found it interesting to let some of her land revert to native grass.

“This place was a field of grass and mesquite trees when my father cleared it for farmland, and now I’ve seen the progression of the land come full circle,” she says. “It’s a great reflection of how life works,” she adds thoughtfully.

The job description of each woman in farming may vary; however, their goals are the same to make a crop in order to make a living. Although the common stereotype of the American farmer does not include tennis shoes, hairspray and a hint of lipstick, that might change due to a handful of women farmers on the Texas High Plains.