Ag and Religious Leaders Celebrating the Stewards of the Land 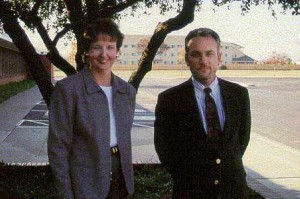 Agriculture, technology and environmental caretaking were the center of attention Oct. 8 and 9 in Lubbock during Celebrating the Stewards of the Land: Sustaining Creation in the New Millennium. The conference was co-hosted by Lubbock’s Second Baptist Church and the Christian Life Commission (CLC) of the Baptist General Convention of Texas.

Sunday, Oct. 8, focused on the faith element of caring for the world’s resources, while Monday was the day for specialized discussions and tours of Lubbock agricultural facilities. The conference was quite new to the Lubbock area but proved to be a successful venture, according to Second Baptist Church’s Associate Pastor for Education Stephanie Nash.

“The event was unique because it was an approach to a rather controversial subject and issues through the eyes of religion,” said Nash. “Too many times, we have left out everyone needed to discuss such issues.”

Reverend Charles Johnson welcomed the Monday morning audience with the encouraging topic of “persons of different backgrounds coming together and shaping how we must care for the earth, land and water.”

Reverend Terri Morgan, coordinator of special projects for CLC, was another opening session speaker during Monday morning’s activities. It was Morgan’s idea to gather religious leaders and agricultural specialists in an aim to expand people’s knowledge and interest in the land. She described farming in rural communities as “the backbone of society.”

Before audience members split into small groups for breakout sessions during late morning, State Representative Warren Chisum of Pampa, TX, chairman of the house committee on environmental regulation, spoke about environmental problems and issues in Texas. Chisum talked about air pollution in Houston and how a proposed state implementation plan might help reduce 90 percent of the harmful emissions in Texas.

Audience members posed questions to which Chisum responded, including such subjects as Texas’ natural gas stocks, wind as a renewable resource, the reliability of nuclear fuel, the need for water conservation and the environmental challenges facing livestock farmers. To discuss these and other important issues in more detail, breakout sessions included: “Redeeming the Earth: A Global view;” “Hunger Relief in the New Millennium ” and “Sustainable Agriculture-Plant Stress and Drought Resistance.” 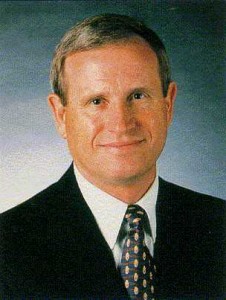 The various sessions served as a chance for participants to discuss in greater detail those issues in which they were most interested. Nash said this was successful because of the range of topics and backgrounds of the audience.

“People with interest in the land came and heard other angles to open their eyes about the various avenues of these issues,” said Nash. “Dr. Abernathy helped enlighten some participants when he spoke about the issues of biotechnology which affect plant production and food technology.”

Abernathy defined biotechnology as “the application of a wide range of scientific technology to the modification and implementation of plant, animal and microorganisms which are of economic importance.” One of the key, long- term contributions of biotechnology will be to curb world hunger.

“Biotechnology can help produce foods in a more efficient manner with less cost and risk of disease and add nutritional content to dairy products, vegetables and grains,” Abernathy said.

Since 1992, a bioengineered enzyme has been utilized in cheese production to enhance efficiency. A bioengineered rice has been developed by Swiss scientists which will prevent blindness in children in underdeveloped countries due to enhanced levels of Vitamin A and iron. It is not yet approved for use by regulatory authorities.

As with other new products and technology, skepticism exists. Critics of biotechnology argue that the food products may not be completely safe for consumption. Abernathy explained that the concept of adding genetic traits to plants and animals is not a new science and that each food product available to the public must be approved by the USDA, FDA and EPA.

“We have been changing plants for centuries,” said Abernathy. “Biotechnology is outstanding technology which will be very important to our future economy and food supplies.”

The future importance of the science is one reason for conferences such as Celebrating the Stewards of the Land. Biotechnology, in particular, needs to be explored by community members who might not be aware of the many health and environmental advantages of the science.

“It is so important that we communicate with the community outside of agriculture about what is happening around us,” Abernathy said. He says the October conference with the religious community was a great start to the needed communication efforts, and he hopes to continue praising the people of the land and talking about controversial technology in the future. Nash said the committee responsible for this event, which included CLC members, Second Baptist Church and Texas Tech University leaders, have considered organizing another conference in the future.

“We hope to involve more churches, more denominations, more speakers and more interested people in this setting in the future,” said Nash.