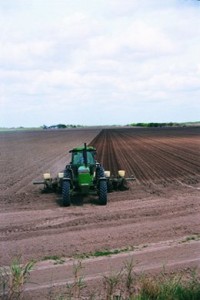 With the continuing tightness in foreign cotton supplies, exports of U.S. 1999-2000 cotton may continue to build and may eventually surpass USDA‘s March export estimate of 6.5 million bales.

The ever-tightening supply of high quality foreign cotton has manifested itself in an increasingly higher A Index, an average of the high-grade growths in the world. The rising A Index reflects the higher price for cotton competing with U.S. growths for a share of the world market. U.S. cotton becomes more competitive as the A Index quotation moves up.

With an increase in exports, the quantity of 1999-2000 ending stocks will decrease. Compared to the USDA estimate of 4.4 million bales, ending stocks could fall to as low as 4.0 to 4.1 million bales by July 31, 2000, the end of the current marketing year. This expected decline in carryover stocks is providing some momentum for higher New York cotton futures prices.

In addition, the climbing price of oil is boosting cotton’s share of the fiber market at the expense of synthetic fibers. This, coupled with the improving economies in Asia, adds to the base for improved demand for U.S. cotton that could carry into the 2000-01 marketing season.

In fact, USDA currently forecasts world cotton consumption could reach 89.0 to 91.0 million bales in 2000-01, approximately 1.5 to 2.0 percent higher than in 1999-00. Because foreign cotton production is expected to decline 2.0 to 3.5 percent next season and world demand is predicted to rise, a larger market for U.S. exports could be created. 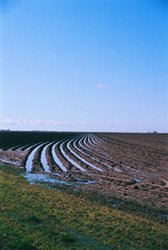 Soaking rains brought much needed relief for parched soils throughout much of West Texas in late March. More rain will be needed in most areas. Photo by John Johnson

USDA programs, especially Step 2, will continue to aid exports. Step 2 pays merchants and exporters for using higher priced U.S. cotton thus making it more attractive. But, the rise in consumption outside the U.S. gives exporters the opportunity to increase their share of certain markets and become major suppliers to several countries.

Mexico will continue to be a major buyer of U.S. cotton in 2000-01. Several U.S. mills have established production facilities in the country and are continuing to use U.S. cotton. Investments in Mexico’s textile industry by other countries are contributing to their growing consumption. According to reports, growth in Mexico’s mill use is the fastest in the world.

Asia presents more of a challenge for U.S. cotton merchants because of competition from other cotton exporters such as Australia, Uzbekistan and West Africa. In addition, although Asia is recovering from the financial storm that hit a few years ago, cotton use among textile businesses has not grown quickly. Perhaps the largest entity to watch in Asia is China.

For the first time in nearly two decades, U.S. growers are expected to produce more cotton than the Chinese in 2000-01. China’s crop is estimated at 16.1 million bales next season, versus 17.6 million in 1999-2000. A huge stockpile buildup and the burden of maintaining a costly state-run program of purchases, distribution and storage prompted the Chinese government to liberalize its cotton market in September of 1999. According to analysts, Chinese cotton farmers are expected to decrease plantings due to uncertainty surrounding prices and demand.

In addition, China’s 2000-01 cotton stocks are likely to fall approximately 4.0 million bales, accounting for much of the world’s decrease in stocks. Because of this scenario, USDA notes that China may be a modest net importer of cotton in the upcoming year, creating yet another possible destination for U.S. cotton.

USDA expects overall U.S. cotton export figures to rise approximately 25 percent, placing total 2000-01 exports at 7.5 to 8.0 million bales. Strong export sales certainly would be beneficial in the upcoming year as USDA’s March 31 prospective plantings report for 2000-01 indicates approximately 15.6 million acres will be planted to cotton in the United States, the highest level since 1995.

A National Cotton Council (NCC) 2000-01 planting intentions survey, released February 4, 1999, placed the U.S. cotton crop at 15.3 million acres. According to NCC, a five-year average acreage abandonment and yield for each state suggests a total crop of 18.3 million bales for the coming year compared to USDA’s January estimate of 16.5 million bales for 1999-2000.

The rise in U.S. cotton acreage is attributed principally to grower dissatisfaction with grain and oilseed prices which put cotton at an advantage to those crops. According to NCC, growers intend to increase plantings in Texas/Oklahoma by 207,000 acres to 6.5 million. Of course, weather conditions will dictate the planting of more acres in those states.

“Certainly, many growers in all states will reassess their acreage intentions as planting time approaches and some may choose to plant more or less cotton than they indicated in the survey,” a NCC economist said in February. “Changes in current price relationships, weather and financing are just some of the factors that ultimately will determine 2000-01 cotton acreage as well as the final production number.”