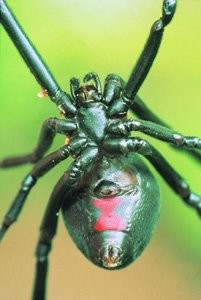 Female black widow spiders usually are half an inch long and and bear a distinctive red hourglass shape on the underside of their abdomen. Photo © Nature’s Images

Rural areas, which include farms and ranches, are susceptible to visits by unwanted snakes, spiders and insects whose bites and stings can cause serious injury to farmers, farm workers and farm animals.

Fire ants can be both harmful and helpful to a farmer. Calves and very old animals are susceptible to attacks by fire ants because the ants attack before the animal can get out of danger, according to Texas A&M Professor of Entomology Bradleigh Vinson. In Texas, a total of $300,000,000 is lost annually because of fire ant damage, according to the Texas Department of Agriculture.

“When fire ants hurt or kill farm animals, it can be a big expense because of the importance of the animals,” says Vinson.

Because fire ants may eat boll weevils and other pests that attack cotton, they may be considered a helpful tool in the cotton field, according to Dr. Bastiaan Drees, fire ant project coordinator at Texas A&M University.

“With enough fire ants, cotton farmers could do without using insecticides,” Drees says. “The benefits in some crops may exceed the negative aspects.” However, Vinson says the ants are not selective, which means they feed on beneficial insects as well as harmful ones. The fire ants also can damage electrical equipment and farm machinery. 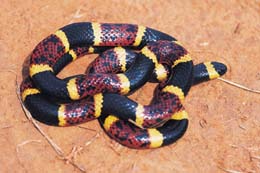 The red and yellow rings next to one another characterize the coral snake as venomous. Photo courtesy of Chip Ruthven, TPWD

Larger than fire ants, in both size and severity, are such venomous spiders as the black widow and the brown recluse. The black widow, characterized by a red hourglass marking on its abdomen, may deliver a bite that causes muscle spasms, complications of the respiratory system and even death to humans. Black widows are found in warmer regions around rat holes, tree stumps, crevices in wood piles and farm machinery. In 1996 and 1997, a total of three deaths from spider bites were reported in Texas, according to the Texas Department of Health.

The brown recluse spider is likely to be found in wood piles, boxes and cloth, such as bedding. This spider is recognizable by its lighter body, which is about an inch long, and a darker violin shape on its back. The best way to avoid these spiders is to keep wood piles as far away from houses or buildings as possible, according to pest control service provider Greg Barnes.

“It is best to keep the wood piles up on blocks so you can actually see underneath the pile,” Barnes says.

When bitten by this spider, pain may be delayed a few hours. Eventually, the bite may cause a blister and possibly kill skin tissue which could require surgical treatment. 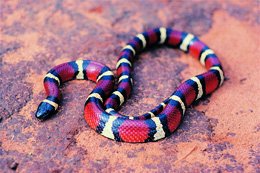 People bitten by either the black widow or brown recluse spider should seek medical attention immediately. In the meantime, placing an ice bag on the bite and elevating it is a good idea. If possible, capture the spider so the doctor can determine the type of antivenin needed.

Tarantulas also may be found around farms, especially in warm regions. The hairy spider is larger, about 2-3 inches in length, and more lethal. Its large fangs deliver paralyzing venom which should be cleaned with soap and water and seen by a doctor. Look for tarantulas around burrows on farmland or in and around barns.

As with spider bites, a sting from a scorpion can be painful. Scorpions will roam at night and feed on other insects. Since most scorpion stings are not lethal, a victim should use a moist cloth to cool the painful area, numb it with ice or simply take a pain reliever for comfort. 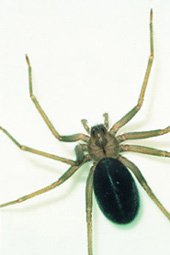 Texas, however, is home to one very dangerous species of scorpion called a bark scorpion, according to an article by Paul Risk in the fall 1999 issue of Cultivation. Not necessarily lethal to adults, the bark scorpion’s venom can be deadly to a small child or a very sensitive adult. Look for these two-inch, yellow scorpions in the bark of dead trees and wood, and consult a doctor if the sting causes muscle twitching, difficulty breathing or convulsions.

Encounters with reptiles around the farm, such as snakes, can be more serious and fatal than the small insects mentioned. Of the 7,000 snake bites reported annually in the United States, more than 66 percent are from rattlesnakes. The Texas Department of Health reported two deaths from snake bites in the past three years. Snakes can hide in and under most any items found around a farm or house. Rattlesnakes are identifiable by their triangular shaped head, in addition to the rattle on their tail.

Another dangerous snake, the coral snake, has a characteristic design of red, yellow and black rings on its entire body. The noticeable difference in the coral snake and similar snakes that are not harmful is the pattern of colors on their body. The dangerous snake has a red, yellow, black, yellow, red pattern. The harmless snake has a red, black, yellow, black, red pattern. The big difference is that the red and yellow rings touch only on the venomous coral snake. On average, less than 10 bites from coral snakes are reported in the United States each year.

Experts say the best way to prevent snake bites is, primarily, to leave them alone. It is most likely that snakes will be around farms or ranches in the spring and fall, with more activity in the warmer periods. Farmers should always be cautious of snakes when walking through high grass, around equipment, over surfaces with crevices and holes or around wood piles in which snakes can hide.

In the unfortunate instance that a snake bite occurs, remain calm and remove clothing or jewelry from the area of the bite as much as possible. The victim should see a doctor immediately so antivenins or vacuum pumps can be applied to the bitten area.

Remaining alert and aware of possible encounters is the best defense against insects and reptiles that may be harmful. Some simple precautions may prevent injury on the farm and help create a safe family or business environment.