The Texas Agricultural Cooperative Council (TACC) rewarded four individuals for their dedication to cooperatives and agriculture at its annual meeting in Galveston, Texas.

The TACC Cooperator of the Year is a man described by his gin manager as “Mr. Coop” due to his strong commitment to the coop way of doing business. Compton Cornelius is said to preach the coop commitment in his everyday life. 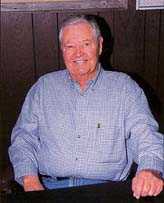 Cornelius was raised on his family’s farm and served in the U.S. Air Force during the Korean War. He graduated from Texas Tech University and today farms almost 4,800 acres of cotton, milo, wheat and pasture.

Cornelius is a role model in the coop family and exhibits true leadership. He has been a director of Associated Cotton Growers since its inception in 1973 and is serving his seventh year as chairman.

Cornelius also is active in his community. He is a director of the White River Municipal Water District and serves as Crosbyton Rural Development Board president.

PCCA President and Chief Executive Officer Van May also recognized Cornelius’ dedication and leadership when he commented, “He has been a life-long cooperative supporter and a leader in his community and the entire area. He also has a long record of service with regional cooperatives in Texas. He is on the board and executive committee of Farmers Cooperative Compress, has served as the vice chairman of PCCA’s marketing pool committee since its inception and today as its chairman.”

May also commends Cornelius and his wife, Ann, for their ability to raise three daughters, D’Ann, M’Lou and L’Rae, while building a successful farming career and working for cooperatives.

TACC Cooperative Ginner of the Year Lee Tiller was born into a farming and ranching family in Alice, Texas, and received a finance degree from Texas A&M University in 1975.

Tiller is the general manager of Smith Coop in Odem and Robstown, Texas, and has been referred to as “a leader in the ginning industry,” according to TACC President Bob Weatherford. 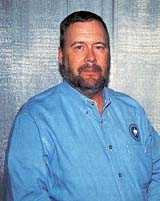 Tiller has made tremendous strides and advancements since he became gin manager. When he began in 1986, he was ginning about 30,000 bales in a good year. Today he is ginning close to 60,000 bales almost every year.

He has worked to make his ginning operation fast, efficient and technologically advanced. This includes networking his computers between two plant locations, which are miles apart, and implementing custom software for the gin.

Tiller also strives to help individual farmers by supplying daily turnout reports to help with their cotton quality and variety decisions. In addition, he reviews with his farmers all methods of improving cotton before it is received at the gin.

Weatherford also comments that Tiller “is a strong supporter of the cooperative system of doing business. His first priority is to his members, and he gives good service and great dividends to his patrons.”

However, Tiller is more that just a top gin manager. He is a ginner delegate to the National Cotton Council (NCC), a past member of the NCC Environmental Task Force, and he was recently selected to serve on the NCC Bale Packaging Committee. Tiller was a member of the 1990-1991 NCC Leadership Class and also is a director of the Texas Cotton Ginner’s Association.

He has chaired the TACC Budget and Finance Committee and has been chairman of the Legislative and Governmental Affairs Committee for three years.

Not only has Tiller exhibited great leadership, but he also is active in his community. He has coached little league, soccer and has been the announcer at Calallan High School soccer games. Tiller also served as 4-H Club manager and is very active in his church where he, his wife, Lynette, and two sons Christopher and Brian are members. 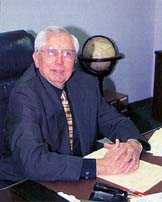 Distinguished Service award recipient Donald Williams is described by R.D. McCallister as “carrying the torch” for cooperatives. Williams is a Certified Public Accountant (CPA) in Lubbock, Texas, and has distinguished himself in cooperatives as well as TACC.

Williams remembers the impact of growing up during the depression in Mountain Grove, Ark. His contribution to the cotton industry began years ago when he constructed cotton burr burners for gins across the South Plains.

After serving in the Korean War and while working for the post office and raising a family, Williams graduated from Texas Tech University with a degree in accounting.

In 1960, he began working at Edwin E. Merriman and Company, the premier coop accounting firm in West Texas during that time. He stayed with the company for 21 years, becoming partner in only 10. From there, Williams became one of the leading experts on cooperative accounting, tax and finance in the state.

In 1987, Williams wanted to provide more personal and proactive service to the coop community. In order to carry on the early tradition of service to agribusiness and coops, he founded the accounting firm that proudly bears his name today.

Williams has been a member and past president of the National Society for Accountants for Cooperatives. He and his staff are greatly appreciated for the work they did when the coop franchise tax exemption came under attack in Austin.

They developed scenarios, financial impacts and strategies for dealing with the situation. After countless hours of research, they were victorious in defending the coop franchise tax exempt status.

However, Williams is not only an advocate for agricultural cooperatives. He and his wife, Ada, also found time to raise three children, Teresa, Judy and Gary.

Sandra Beavers, TACC director of management services, also was recognized for her distinguished service. Beavers graduated from Graceland College in Lamoni, Iowa, with a degree in sociology.

Greg Taylor, TACC auditor of Don Williams and Co., describes Beavers as being “one of the most organized, efficient and effective financial administrators we work with.” 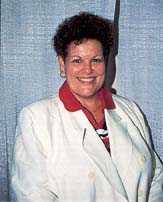 Beavers made her mark with several other companies before gracing TACC with her outstanding work ethic in 1995. She left Kansas City Electric, a job that lasted more than 13 years, so she and her husband, Jerry, could move to Austin. It was there that she became involved in the Texas cooperative system.

The Farm Credit Bank of Texas was impressed and hired Beavers in 1984. Tommy Engelke was working for the bank at that time and he remembers the day Beavers came in for an interview.

“We had gone through a series of interviews for a rather demanding position…but when Sandra came in, we saw an individual totally on another playing field. There was simply no comparison, and she proved us correct.”

While working for the bank, she handled all tasks with professionalism and quality in mind. Beavers also received several awards from CoBank recognizing her talents, her work ethic and level of achievement.

After almost 12 years with the Farm Credit Bank system, Beavers joined the TACC team in 1995. Gene Yarbrough, CEO of Signature Leasing in Austin, said Beavers “has dedicated her career to the betterment of agricultural cooperatives and their members.”