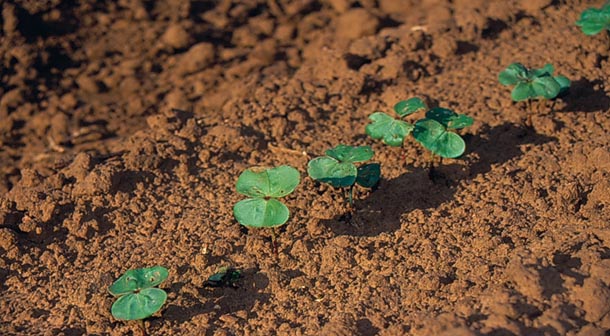 Cotton futures prices at the Intercontinental Exchange (ICE) in New York traded in the upper 50-cent range during January as bearish supply and demand figures from the U.S. Department of Agriculture and negative economic news weighed on the market; however, by February, prices began to advance into the mid-60s. Since then, cotton futures have remained in a narrow range, seemingly comfortable with a floor of 65.00 cents per pound.

Uncertainty on a number of fronts has forced many cotton sellers and buyers to remain cautious as they wait for definitive answers. Those fronts in recent months have been the United States, China and India, the world’s dominant countries in terms of cotton production, consumption and exports.

U.S. export sales for the 2014-15 marketing year totaled almost 11.7 million statistical bales as of June 25 compared to USDA’s most recent estimate of 10.7 million. Furthermore, export shipments stood at almost 10.4 million bales with just over five weeks left in the marketing year. Some traders and analysts must be wondering what the final export figure will be on July 31. Questions about 2015-16 U.S. cotton acreage and production potential also have been topics of conversation among the trade (see related story).

For months, rumors about China’s disposition of the huge stockpile of cotton in its strategic reserve have blown through the market like a dry West Texas wind. The country’s stockpile was expected to total 62.58 million bales at the end of the 2015-16 marketing year, according to USDA’s June supply and demand estimates.

NDRC also said following the July-August selling period, it will begin buying cotton for its reserve in September which will be capped at 40 percent of what is sold the previous two months to help maintain a floor under new-crop domestic cotton prices. The intention is to sell cotton from the reserve but buy in less in order to dispose of the reserve which is expected to take several years. Meanwhile, NDRC gave no indication of what it will do with the 2014-15 unsold stock. The commission repeatedly has said it will manage sales from its reserve in an effort to avoid pressuring the market, although some analysts find that difficult to believe.

“It stretches the imagination that such selling could be placed into the market without disturbing its equilibrium,” one cotton market analyst commented ahead of NDRC’s announcement. Other doubters question the fiber quality of the cotton to be sold and mills’ willingness to purchase it. Some say quality discounts will be necessary to attract buyers for the older cotton to be sold.

In a news release dated July 1, the International Cotton Advisory Committee seemed to underscore the uncertainty of China’s ability to successfully sell off its excess stocks without destabilizing the market.

Some reports indicated many speculators were stunned by NDRC’s announcement but the trade seemed to have already factored it into the market. Following the announcement on June 30, cotton futures at ICE apparently shrugged off the news and settled with moderate gains. July cotton settled 71 points higher at 67.51 cents per pound, and December settled at 67.91 cents, up 68 points. China, however, is not the only country to start selling cotton from its reserves.

The sharp decline in prices during 2014 forced India’s government to intervene and begin buying a record volume of cotton from its farmers, but the Cotton Corporation of India may have learned a lesson from China’s mistake and started selling cotton in January in an effort to dispose of the reserve before Sept. 30.

Meanwhile there have been conflicting reports from India regarding 2015-16 cotton production. Some reports suggest India’s cotton acreage will decline 7 percent this year due to continuing low prices and concerns about the monsoon. India is the world’s second largest cotton exporter behind the United States.

Higher prices for alternative crops were expected to encourage Indian farmers to reduce their cotton output; however, more recent reports indicate prices for the competing crops also may have declined. Also, reports about the start of India’s monsoon season, along with its coverage and effectiveness, often were contradictory throughout the month of June.

Obviously, the uncertainties in the cotton market will remain for a while. The U.S. cotton harvest is still months away, and the potential size of the crop will be closely scrutinized. Likewise, the size of India’s cotton crop has the potential to be a market factor. And finally, no one appears to be confident at this time in predicting the success or failure of China’s attempt to dispose of its massive cotton stockpile.