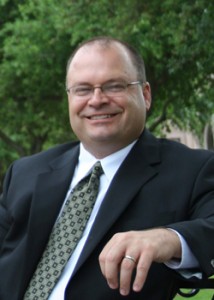 Cris Gwinn, PCCA’s South Texas Division Manager, was the first PCCA employee to serve as the President of the Board for the Texas Agricultural Cooperative Council (TACC). His year-long term as President began in March 2015.

TACC is a voluntary, statewide industry association created by Texas cooperatives in 1934 to serve as a collective voice, catalyst and clearing house on all cooperative activities in the state, according to their website. The organization is governed by four divisions, three committees, a 17-member executive committee, and a 153-member board of directors.

Gwinn has been a TACC director since 2006. In 2010, he was selected to be Vice Chairman of the Education Committee. The following year, he was appointed Chairman of the same committee and served in this position for two years. For 2013-2014 Gwinn was selected to serve as Secretary
of the Executive Committee and moved into the Vice Chairman position in 2014-15. He also is serving on the officer rotation of TACC’s Political Action Committee.

Throughout his time as President, Gwinn said the accomplishment he is most proud of is reducing the redundancy at TACC meetings.

“Listening to our board members, the most common topic was hearing
the same message several times during our meetings,” Gwinn said. “The Executive Board responded by moving back to the organization’s core structure. Tommy Engelke and his staff do an outstanding job of lining up speakers and presenting meeting agendas with the most important issues.”

Gwinn said his favorite part of his year of service was being able to stay informed and getting to visit with elected officials.

“Tommy Engelke, Executive Vice President, and TACC in general, is a wealth of knowledge,” Gwinn said. “Being able to tap into that knowledge has been an eye-opening experience. The most memorable parts of my time have been getting the opportunity to meet and visit with the elected officials for the great state of Texas. My term has given me a whole new perspective on politics and my role as a citizen.”

On the political side of things, Gwinn said the issues and policies TACC faced during the year have been similar to other years.

“As harvest nears, members of TACC have questions/issues with the transportation of the raw product from the field to the processing plants,” Gwinn said. “TACC facilitates meetings with the Texas Department of Public Safety and our membership. This offers an opportunity for both parties to discuss rule changes and/or potential violations.”

Gwinn said TACC also set up several meetings with newly elected Agriculture Commissioner Sid Miller. This allowed them the opportunity to discuss his administration and provide valuable input to their interpretation of current laws. In the future, Gwinn said TACC’s biggest challenge will be remaining relevant.

“The biggest challenge for TACC, as I see it, is remaining relevant in Austin,” Gwinn said. “Urban sprawl is shrinking rural Texas, and representation in our state’s capital for rural Texas is decreasing. Being able to educate and work with Representatives and Senators from urban areas can be a challenge.”

PCCA also has seven others who serve on the TACC Board of Directors: Kevin Brinkley, Steven White, Charley Triplett, Allen Hoelscher, Danny Helms, Greg Bell and PCCA Chairman Eddie Smith. Gwinn said he thinks it is important for PCCA employees to be involved with TACC.

“TACC plays a vital role in the state political arena,” Gwinn said. “In the ever-changing realm of politics, those that do not stay informed and voice their opinion tend to lose out. It is extremely important to keep yourself educated on policies affecting your industry; therefore, TACC offers PCCA employees updates on factors influencing our industry.”

He said his involvement with TACC allows him to have different interactions with the people he works with on a daily basis.

“From a perspective of my job at PCCA, you have a professional relationship with your customers,” Gwinn said. “You get out during business hours to go and talk business with them. When you go to TACC meetings, it is the same group of people except you are both there for a common good of TACC. You get camaraderie and get to just visit with them. You can learn just as much or more about your industry, your territory and your gins at the TACC meetings as you do when you go out to the gin and talk to them.”

Gwinn said he is thankful PCCA allowed him the time to be involved with TACC and serve in this position.

“I would like to thank Lonnie Winters for allowing me the time away from PCCA to perform my duties to my fullest extent. Being that an individual is first elected to serve as Secretary then rotate up to President, it is a four-year commitment to TACC. Without

the support of PCCA, I would not have been able to serve effectively. I would also like to thank those individuals in trusting me several years ago when I was elected.”

Gwinn’s term as President ended in March 2016. He will then rotate to the Former President position and remain on the Executive Committee one more year. In the future he will continue to be active as a board member.

“Hopefully in the future I can be a positive resource for encouragement and support for the future leaders of the organization,” Gwinn said.