As the cold days of winter melt into spring, U.S. producers are beginning to plant a new crop of cotton, and market observers have shifted their full attention to the 2004-05 crop.

According to data compiled from a survey completed by producers in early March, USDA anticipated a 6.8 percent increase in U.S. cotton plantings to 14.4 million acres in 2004, up from 13.4 million planted acres last year. 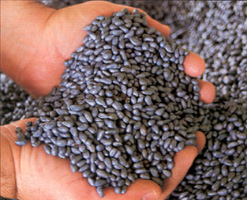 USDA marked every cotton planting state in the United States for an increase in 2004 except for Mississippi and North Carolina. Texas led the way in the overall acreage increase as cotton plantings in the state were expected to rise to 6.1 million acres in the upcoming year from 5.6 million in 2003. Oklahoma producers were expected to plant 210,000 acres to cotton in 2004, as compared to 180,000 the previous year, while farmers in Kansas were projected to plant 130,000 acres of cotton, up from 90,000 acres in 2003.

The anticipated increase in 2004 U.S. cotton acreage has been met with some skepticism from market observers, however, who believe the actual planting figure will be considerably lower. USDA’s next assessment will be released in June.

“The planted acreage is likely to move lower because of the competitiveness of soybeans and corn,” an analyst said. “Spikes in soybean prices to over 15-year highs likely will lure acres away from cotton during the 2004 spring planting season,” he explained.

“On the home front, the 2004-05 cotton season already is off to a good start, and we are optimistic about the prospective crops in Texas, Oklahoma, and Kansas.”Lonnie Winters

A number of high-yielding acres are expected to be planted to soybeans in the Delta, and cotton acreage there could be 10 percent less than the previous season. However, with the ample moisture received throughout most of the cotton growing areas in Texas, some of the loss in U.S. cotton production could be recouped as yield potential increases in the state. Therefore, an 18.0 million- bale U.S. crop could be produced in 2004-05 if ideal weather conditions persist, according to the International Cotton Advisory Committee (ICAC). Weather always is the key, and acreage abandonment in Texas will be a focal point for cotton market watchers.

In late April, the 2004-05 Texas cotton crop was off to an excellent start. Cotton growing areas across the state had received ample pre-planting rainfall, and many areas of the state reported higher-than-normal precipitation for this time of year. Many South and Central Texas producers planted their crops ahead of schedule, and a few High Plains farmers with irrigated land had begun planting in the southwestern parts of the region. Widespread planting, however, is unlikely to begin in the area before May 5. 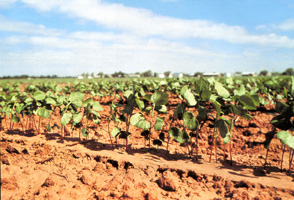 Additionally, analysts will keep a close eye on cotton developments in China during the upcoming season. “The market is no longer trading futures, it’s trading on news from China,” said Lonnie Winters, PCCA’s sales manager.

China produced approximately 22.4 million bales last year, and some in the industry have projected the country will produce 29.0 million bales in 2004-05. If their idea comes to fruition, cotton production in China will reach a level achieved only once in the past 20 years. According to some reports, however, the Chinese government is encouraging farmers there to grow more food crops by increasing their domestic food procurement price as an incentive.

“There also is some talk by the Chinese Ministry of Agriculture of limiting the number of acres that can be planted to cotton,” Winters said. “If China manages to cap the area for cotton, the domestic mills will require larger imports to sustain their growing textile industry,” he explained.

Some analysts already are projecting 2004-05 cotton consumption in China will reach a 25-year high at 31.5 million bales. Others are skeptical, saying the number has been overstated due to the increased use of man-made fibers. On the other hand, production of cotton-based goods continues to rise in the country. Chinese yarn production for March was up 9 percent from February’s figure and up 13 percent from the same time last year.

“Developments in China will be key to the cotton market in the upcoming marketing year,” Winters said. “On the home front, however, the 2004- 05 cotton season already is off to a good start, and we are optimistic about the prospective crops in Texas, Oklahoma and Kansas,” he concluded.