The 77th Texas Legislature is shaping up to be one of the most critical sessions in history for the state’s rural areas and agriculture industry. Throughout the State Capitol, there seems to be a sense of urgency.

Dozens of bills were filed during the first half of the legislative session demonstrating a greater emphasis by key House and Senate leaders on rural and agricultural issues. Among these issues are rural economic development, rural health care and education, telecommunications, transportation infrastructure and ag policy.

Much of the groundwork for this session actually was laid during and/or following the 76th Legislature. House Speaker Pete Laney, D-Hale Center, created the House Select Committee on Rural Development in January 2000 to conduct public hearings dealing with major rural issues and to identify solutions. The 76th Legislature also created a Joint Interim Agriculture Policy Committee.

The timing of rural and agriculture initiatives is critical not only for economic reasons. Re-districting, based on the 2000 U.S. Census, almost certainly will result in fewer state representatives and senators from rural Texas; especially West Texas.

“There are more state legislators in Harris County than there are west of Interstate 35,” David Swinford, R-Dumas and chairman of the House Agriculture and Livestock Committee, recently told a group of agriculture media gathered in Austin for Cotton Day. “That situation likely will be compounded when re-districting is completed,” he added. Thus, now is the time for rural legislators to exercise their power through seniority and committee leadership, and they appear to be doing just that.

Last year, the House Select Committee conducted six public hearings throughout the state. Their findings, along with reports submitted by state agencies such as the Texas Comptroller of Public Accounts, contain some alarming statistics.

Generally, the committee found that “rural areas have a more narrow economy primarily based in natural resources such as agriculture, forestry, energy and mining.” Also, these industries “tend to be more economically unstable with higher than average rates of unemployment and underemployment.”

The committee also observed that “poverty is a drain on the resource base of Texas.” Despite many federal, state and local programs that address poverty issues, the best solution is jobs.

The conclusion is that rural poverty should be attacked by a targeted and comprehensive effort to increase employment, provide better training and education and improve health services. All are factors or results of economic development. 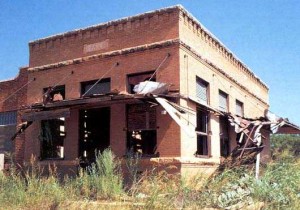 In its report to the 77th Legislature, the committee noted that “rural development policy is a diverse set of government programs targeted to serve people and businesses in rural/non-metropolitan areas. Although rural issues often are seen in terms of agriculture policy, they are that and much more.”

Also, “rural policy encompasses economic development, the environment, education, health care, social services, infrastructure and communication policies,” the report continued. “In addition, it includes programs designed to build the capacity of rural residents to cope with change as well as issues designed to build problem solving and leadership capacity in the adult population.”

Thus, “solving the problems of rural communities requires a broad, comprehensive strategy. The problems of rural Texas are sufficiently complex that the current patchwork of state and federal programs directed at agriculture, social services, health care and economic development have not been adequate.” Chairman Swinford recently offered a verbal illustration in this regard.

In its report, the committee noted “the broad spans of Texas required, and continue to require that Texas farmers and ranchers have access to a high quality system of roads and bridges designed to move products from farms and ranches to domestic and international markets.” In fact, there are more miles of farm-to-market (FM) roads in Texas than in the entire U.S. interstate highway system.

However, once known for having one of the best FM road systems in the nation, this is no longer the case since, over time, the state has failed to maintain many of its roads and bridges, especially in rural areas. More than one state official has said, not entirely jokingly, that Texas’ FM roads today are half as wide as when they were constructed.

Obviously, the impasse regarding rural roads must be broken, according to the committee. FM road conditions have been greatly affected by increased truck weight limits. Most of the FM roads, accounting for 52 percent of the entire state highway system, were built 50 to 60 years ago when the legal gross limit for vehicles was about 60,000 pounds. The limit eventually increased to 80,000 pounds by 1978, accelerating the deterioration of rural roads. The committee also studied rural communication needs.

“In the first two decades of the 21st century, the major challenges affecting the survival of rural communities involves high-speed Internet access,” the report explained. “Because of the lack of Internet access, rural areas use computers at a lower rate than urban areas. Yet, business expansion in rural areas is highly dependent on the existence of high- speed Internet access to sell products in broader markets where consumers are located……access to this and other electronic communication technology is a necessary condition for rural success.” One possible solution is greater access to broadband technology that allows users to move data, access the Internet and use Internet-related services at much higher speeds than those offered by standard telephone dial-up modems.

The Select Committee also recognized large investments and achievements thus far in providing medical services to sparsely populated areas of the state. However, the challenges appear to be outpacing the resources. In Part Four of its report to the Legislature, the committee addressed the substantial gap between rural and urban health care. 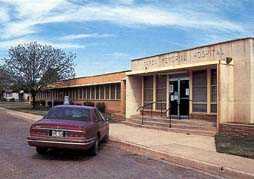 “Rural Texas has fewer professional health care providers and hospitals, and this limited access to health care has significant health consequences. Texas’ 196 non-metropolitan counties have a higher average death rate, higher infant mortality rates, higher suicide rates and higher trauma death rates than our 58 metropolitan counties, according to the data from the Center for Rural Health Initiatives (CRHI). More than half of Texas’ rural counties (101 of 196) are considered health professional shortage areas by CRHI. The lack of health care professionals affects each and every rural community.”

The report further stated “rural areas continue to lose health care facilities; 62 rural counties do not have a hospital, and 28 rural hospitals closed between 1984 and 1988. While many of these facilities re-opened as other health care businesses, many were abandoned, with the resulting loss of health care, employment opportunities and economic support for the community. It is well documented that businesses seek communities with an adequate health care infrastructure when choosing a location.”

Perhaps most central to the Select Committee’s recommendations regarding these and other rural issues is creation of a central administrative entity whose sole mission is rural affairs. In that regard, HB7, sponsored by numerous state representatives, would create the Office of Rural and Community Affairs. The office would assure a continuing focus on rural issues, monitor governmental actions, research problems and recommend solutions and coordinate rural programs among agencies.

Part One of the committee’s report also cited other priorities for the Legislature. Because strong management training for local business and government officials is necessary to make rural areas competitive, the committee recommended special analytical assistance be provided. “Without this type of training and assistance, there is little hope for making rural Texas communities a good place to live and work,” the report stated.

Rural Texas also has many natural resources that are not being used effectively to create jobs. Specifically, agriculture and energy are good examples of industries where value-added opportunities have been neglected. To correct this, the committee called for public support to help provide the analytical framework local leaders need for strategic planning.

“Texas’ rural problems did not develop overnight,” the committee reported, “and it will take considerable time and effort to turn around areas where the economic trends and populations are in decline. Certainly, tough decisions will need to be made.”