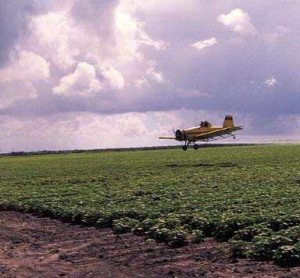 Agriculture, along with rural issues, appears to have taken center stage in the current Texas Legislature due, in large measure, to strong leadership from rural representatives and a broad-based, united rural caucus. Their efforts could have a major, positive impact on the state’s second largest industry for decades to come.

Recognizing the difficulties faced by Texas’ farmers and ranchers resulting from adverse weather, low commodity prices and rising costs of production, the 76th Legislature in 1999 ordered a comprehensive study of the condition of agriculture including programs supporting the industry and the role of the state in preserving it. Thus, a Joint Interim Committee on Agricultural Policy was created.

Results of the committee’s findings during the past year and a half now are being addressed in a number of bills moving through both the Texas House of Representatives and Senate. Among them is House Bill (HB) 453 that would establish a permanent Agriculture Policy Board. The legislation was introduced by House Agriculture and Livestock Committee Chairman David Swinford, R- Dumas. 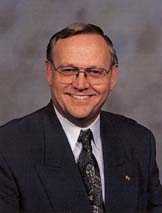 As a legislative agency, the board is designed to provide advice on ag issues and perform an ongoing examination of the state’s ag policy. Furthermore, the board would advocate and recommend strategies for agriculture that enhance production, income and employment as well as benefiting consumers while promoting efficient use of natural resources.

Members of the policy board would include the state’s commissioner of agriculture, chairman of the House Agriculture and Livestock Committee, chairman of the Senate Natural Resources Sub-committee on Agriculture, three state representatives and three state senators, all from predominantly rural districts. The board also would be authorized to create a 15-member ad hoc advisory committee to assist in carrying out the official duties of the board. Those duties include:

Supporting the policy board is additional legislation introduced this session in both the Senate and House. SB331 by State Senator Tom Haywood, R-Wichita Falls, and its companion, HB499 by Chairman Swinford, address the need for a comprehensive agriculture policy for the state.

“This legislation gives the policy board something to hang its hat on,” said Swinford. “It’s like a Christmas tree on which to hang ornaments,” he continued. “I think we have developed a foundation for future agriculture legislation.” In a news release earlier this year, Haywood reinforced the need for such efforts.

“Agriculture has been a stalwart in our state’s history, heritage and economy,” Haywood said. “It has been a critical element in our economic, cultural and historical development as well as a vital component of a diversified state economy and a self-renewing natural resource. Our goal has been to formulate a statewide policy to ensure that it continues to be all those things to Texas and to our nation.” 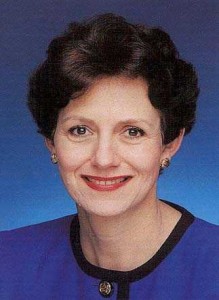 “Each and every Texan has a vital stake in agriculture, the state’s second largest industry, which has an annual economic impact of $80 billion on the Texas economy,” Combs said. “That is why this comprehensive agriculture policy is so important. Whether it is ensuring ad-equate water resources for production or marketing the diversity of agricultural products from our farms and ranches, a statewide policy will help safeguard and support the agricultural industry which is the lifeblood of many towns and communities across Texas.”

Specific areas dealt with in the legislation are: water availability issues, transportation issues, state regulatory issues, state tax policy, the availability of capital including state loans and grants, the promotion of Texas agriculture products, eradication or control of injurious pests and diseases, research and education efforts, promotion of efficient utilization of soil and water resources, rural economic and infrastructure development, preservation of farmland, food safety, efforts to participate in the formulation of federal programs and policies, promotion of rural fire service and the promotion of value-added agricultural enterprises.

“You could say we’re trying to move farmers up the food chain,” Swinford said recently. “Farmers are being squeezed from all sides, and they’re the ones that take all the risks,” he added.

Obviously, many other bills have been filed in the Legislature this session that would have an impact on Texas agriculture. They include transportation and boll weevil eradication issues, unemployment taxes at cotton gins, taxes on commodities in warehouses and ag liens to name a few.

In the face of re-districting, almost everyone agrees the time to defend, protect, preserve and promote Texas agriculture is now. Two years from now, the odds of accomplishing such important work may not be so good.