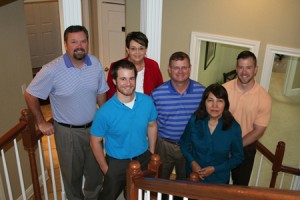 Since 1985 when it was created, TELMARK has been a valuable member of the PCCA family. The company was founded to provide electronic cotton marketing, scale ticket, and gin bookkeeping services to independent gins and their customers and to pay dividends from its net margins to PCCA and to share expenses with the cooperative.

In its inaugural season, the company signed up 49 gins. The next year, TELMARK became the first Loan Service Agent (LSA) for the U.S. Department of Agriculture’s Form A cotton loan program. Additional services were created and offered during the ensuing years to bolster TELMARK’s earnings potential, and a cotton warehouse facility at Memphis, Texas was purchased.

“We encourage our customers to sell cotton on The Seam because we generate an extra $1 per bale for the sale, but our $1 per bale service fee is our best revenue source,” explains TELMARK’s current General Manager Sam Hansard who has spent his entire professional career in the cotton industry. “We also provide ‘back office’ services for the San Joaquin Valley Quality Cotton Growers (SJV) pools,” Hansard says. Hansard joined the TELMARK staff in 2010.

David Canale runs the SJV services and works with the gins. Canale joined his family’s cotton merchant business in 1991 then joined the TELMARK staff in 2008. “At my family’s company, I was in charge of selling cotton, but I also did the cleaning and took out the trash,” he says with a laugh. Betty Quisenberry is TELMARK’s Customer Service Representative and has administrative responsibilities as well.

“I joined the staff at PCCA in 1980,” she recalls. “I worked for two presidents and their management teams until I moved to TELMARK in 1998.” She says the company has 35 gins signed up for the 2014-15 season. Juanita Gutierrez went to work at PCCA in 1992. She moved to TELMARK in 2006 where she distributes checks to customers virtually every day and provides office support. Andrew Arnold joined the staff in 2009 straight from college. His duties include managing relationships with gins and helping with cotton shipping and invoicing. The latest addition to the TELMARK staff is Zac Hurley, who transferred from PCCA’s Traffic and Invoicing Department. Zac is Logistics Manager where he will be a key contact for TELMARK’s merchant customers.

From 1985 through the 2013 crop year, TELMARK handled 16.5 million bales and sold 5.6 million electronically. It also earned $10.6 million in net margins and contributed almost $10.1 million to PCCA in shared expenses. The TELMARK staff clearly is proud of their accomplishments and of being part of the PCCA family.