Honoring Farms and Ranches in Operation More Than 100 Years

Agriculture is not a simple way of life; it takes courage, imagination and strength to persevere through difficult years. But success in agriculture is uniquely rewarding. 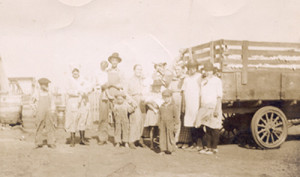 Generations of farmers and ranchers have baled, built, branded, fed, hoped and worked their way toward a goal-and they did it with their own two hands. Over the years, ancestors have passed on the true meaning of family and the value of farming and ranching to generations of children and those children eventually will pass the same values along to generations to come.

In order to acknowledge those who handed down their land, their livelihoods and their legacies to the farmers and ranchers of today, the Family Land Heritage Program sponsored by the Texas Department of Agriculture honors farms and ranches that have been in continuous agricultural operation by the same family for 100 years or more. The program is designed to recognize and chronicle the unique history of Texas agriculture and the men and women who settled this great state and continue the tradition today.

Each year, a ceremony is held to recognize the farms and ranches accepted into the Family Land Heritage Program. Participants whose farm or ranch qualifies receive a certificate of honor in the name of the farm or ranch. They also can obtain a Texas Century Farm or Ranch sign to proudly display on their property, and the family’s agricultural history is documented in the Family Land Heritage Registry.

In 2000, the Family Land Heritage Program started recognizing families who have kept their farm or ranch in agricultural production for 150 and 200 years. Since then, five ranches have been recognized for 200 years and 27 farms and ranches for 150 years of operation.

Agriculture Commissioner Susan Combs commended past honorees and those who have submitted their applications to the program for their hard work in making Texas agriculture what it is today, the second largest industry in the state. 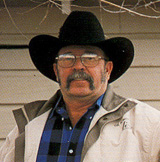 According to Melissa Burns-Blair, Family Land Heritage Coordinator at the Texas Department of Agriculture, an average of 85 to 95 applications are received each year. Not all of the applicants are accepted into the program as some do not possess the proper documentation or do not meet the Texas Family Land Heritage requirements. However, each honoree has a unique story to tell about how their ancestors acquired the land and how it was passed down through the generations.

For instance, after hearing of cheap land in Texas, Abel Josiah (A.J) Hagins of Heard County, Ga. brought his family as far as Haskell, Texas, before traveling farther north in search of a place to settle permanently. In 1889, Hagins moved his wife and six children to a section of land on Duck Creek in the southwest part of what now is Dickens County, becoming the fifth family to brave the hardships of the new region.

In 1891, Hagins established the first cotton gin in Dickens County, near Spur, Texas. The following year, cotton was hauled to the gin from points on the Plains that now include Garza, Floyd and Crosby Counties. A man of many aspirations, Hagins later became the county’s first judge, served in the Texas Legislature for two terms, and served as community postmaster.

More than one hundred years later, the cotton gin no longer is standing, but Marshall D. McGalliard Sr., the great-great-grandson of A.J. Hagins, farms cotton and raises cattle on the land near Spur. He gins his cotton at both Associated Cotton Growers in Crosbyton and Spur Coop Gin. While McGalliard concentrated on his farming and cow/calf operation, his mother Arloine Hagins McGalliard researched the family’s history and submitted an application for the Texas Family Land Heritage program. The Hagins-McGalliard farm was inducted into the program in 2000. 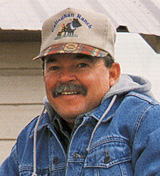 “We were very pleased to be recognized by the Texas Family Land Heritage program,” McGalliard said. “This still is very much a family operation since my son Dale and I farm the land at the moment, and I hope to someday pass it on to future generations.”

In May of 1900, a plot of land near McAdoo, Texas, became home to the Samuel Clauson Hickman family when 1,660 acres were purchased from the State of Texas. Like most new settlers, the family lived in a dugout until they were able to travel to Childress, Texas, by wagon to purchase materials to build a house. The Hickman family grew cotton on a portion of the newly acquired land and pulled the mule-drawn cotton trailers over 25 miles of rough roads and canyons to the nearest gin in Spur. Of course, the cotton grown by the Hickman family no longer is hauled to Spur by wagon as trucks now carry the modules to Associated Cotton Growers.

In 1990, brothers Dwight and Lane Hickman became the fourth generation of cotton producers to live on and farm the land. In fact, Dwight and his wife, Neta, live on the founder’s original land grant. Hickman & Sons Farm was accepted into the Texas Family Land Heritage program in 2000 after Neta explored the family’s history and submitted an application on their behalf. 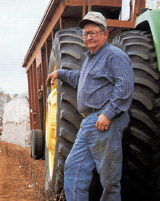 “We were really excited to be accepted into the program,” said Dwight Hickman. “It’s rare these days for land to stay in the hands of the same family for so long and for it to remain in agricultural production.” Lane Hickman is pleased that his children and grandchildren have taken an active interest in farming.

“Members of the fifth and sixth generation of the family have gotten involved with our land,” Lane said proudly. “My son Shane Hickman helps us farm, and my 10-year-old grandson, Larron Little, has been doing what he can to lend a hand this season. Maybe our family will be recognized again by the program for 150 years.”

Combs encourages all landowners who have a family farm or ranch that qualifies for the program to apply today. “It’s a great way to recognize your family’s hard work and dedication and a wonderful gift to pass on to your children and grandchildren,” she explained.