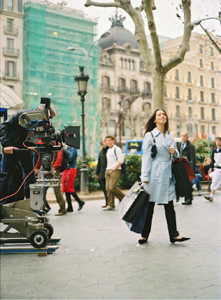 Shooting one of the seven new cotton ads from Cotton Inc.

As cotton producers began another growing season, Cotton Incorporated began growing a crop of another kind. In April, the producer- and importer-funded organization launched a new television advertising campaign aimed at targeting a specific female audience. It is a significant change from past promotional efforts designed for the general public.

The new television commercials were created to appeal to women from 18 to 34 years of age. According to a recent Cotton Board publication, “because cotton commands more than 70 percent of the men’s apparel category and less than 50 percent of women’s wear, there is obviously more potential to increase cotton’s share in women’s clothing.”

J. Berrye Worsham, Cotton Incorporated president and CEO, is excited about the new promotional effort and stated it is the beginning of a new era for the cotton organization.

After more than 30 years with advertising agency Ogilvy & Mather/New York, Cotton Incorporated decided to work with another agency, DDB, to create a message focused on and toward a new female demographic.

“Not only does this commemorate our first venture with DDB, but the debut of the new commercials also marks the retirement of ‘The Fabric of Our Lives®’ tagline from our television ads,” Worsham said. “The focus of the new commercials celebrates women’s passion for shopping and for clothes and demonstrates the important role cotton plays in both.”

“We believe we’ve created a campaign for women that speaks directly to them,” stated Garfinkel. “The new cotton campaign playfully and positively acknowledges that an important part of being a woman is enjoying your clothes, wanting more clothes and finding great pleasure in shopping for them,” he said.

A total of seven commercials will air on 16 television networks including The WB, Fox, Bravo, HGTV, Lifetime, VH1, E!, and Oxygen. In addition to television, Floating Cotton and Mannequins also were shown in movie theaters during the campaign’s launch phase in May. Other media such as print, the Internet, and sales promotions will be used later in the campaign as well.

Drive-time radio programs also will be used in communicating the message, signifying a “first” for Cotton Incorporated. Ira Livingston, senior vice president of Consumer Marketing at Cotton Incorporated, stated more than 40 percent of the nation’s population drives to work, making radio a very effective medium to reach a large number of potential and existing cotton consumers. 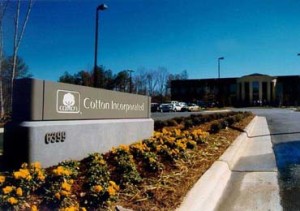 “No one has ever talked to (women) in a way to give them permission to shop, and that’s part of what this campaign is all about.”Ira Livingston

“This marketing effort will be enhanced by our fashion people talking live to drive-time radio announcers about the advantages of cotton,” Livingston said. He also explained there were two reasons for choosing the 18- to 34-year-old female target audience.

Livingston said targeting women is more cost effective than trying to reach a general audience with a totally new campaign. He also explained that during the ages 18 to 34, women experience many life changes ranging from graduation to raising children. During this time, women are rationally choosing what to consume for themselves and for those around them.

“It is the perfect time to touch them with the positive aspects of cotton,” affirmed Livingston. “No one has ever talked to (women) in a way to give them permission to shop, and that’s part of what this campaign is all about,” he said. “We’re talking about how important shopping is to women, how it can actually help them overcome some day-to-day situations. Also, we are talking about cotton’s inherent properties that they might not think about such as breathability and its comfort and softness.” Apparel finishes such as wrinkle resistance and various washings also are characteristics touched upon in the campaign.

Livingston also stated the advertising campaign’s key goal is to increase consumer demand to provide a maximum return on the producers’ and importers’ assessments that fund Cotton Incorporated.

“It’s important to realize that cotton currently holds a fairly strong position commanding around 60 percent share of all fiber sold,” Livingston stated. “If we can get women to shop more, and shop specifically for cotton, that’s going to mean more cotton items taken off store shelves. More business means more demand, and when you put more demand on a stable supply, that’s going to have a good result on prices.”

Brad Robb, director of Communications for the Cotton Board, explained the need to change the advertising campaign and target audience to increase consumer demand.

“This is not the cotton of yesterday,” Robb said, explaining the difference. “Cotton is changing and so is the consumer. The [advertising] message needs to also change in order to reach the targeted consumer audience.”

Robb also acknowledged it may be difficult for some producers to understand why a campaign is geared toward a specific audience. He said there is a genuine need to target the female audience to promote and increase the sale of cotton products. This can be accomplished by effectively displaying the various desirable characteristics of cotton, such as its breathability and wrinkle resistance, to the targeted audience.