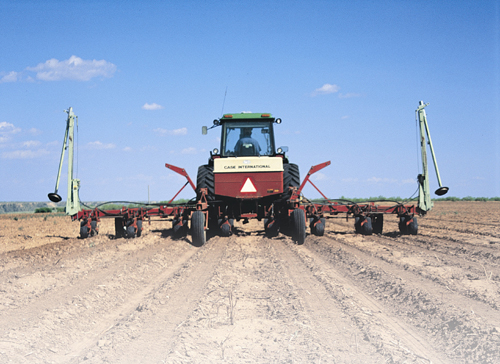 As most growers in South Texas prepare for harvest and producers elsewhere hope idyllic weather will nurture growing young plants, analysts keep an eye on circumstances that could affect the cotton market in the upcoming season. Possible adjustments to the U.S. Farm Bill, coupled with a variety of global trade issues, weigh on the cotton market at the onset of the 2005-06 crop year.

“Modifications to the Farm Bill, especially concerning Step 2 funding, will have a large impact on our competitive footing in the export market,” says Grady Martin, PCCA’s director of sales.

Analysts say the Step 2 program is vital to U.S. cotton’s competitiveness and helps the industry “ride out” downturns that range from severe currency fluctuations to massive increases in subsidized Asian polyester production.

Despite the presence of the competitiveness program, most foreign cotton producing countries still manage to undercut U.S. cotton prices in international markets. This program better enables the U.S. cotton industry to respond to aggressive pricing by competitors. Therefore, a complete cancellation or any changes made to the Step 2 program could decrease the ability of U.S. cotton to compete in a difficult economic environment. Cotton sales to domestic mills likely will be unaffected, but a decrease in potential export sales is almost certain.

“Trade disputes with China also could have an impact on the amount of U.S. cotton exported in the upcoming year,” Martin says. “China is a very important consumer of U.S. cotton, and any changes in trade regulations will have some impact on U.S. cotton,” he explains.

In April, the Committee for the Implementation of Textile Agreements (CITA) announced that the U.S. government would self-initiate textile safeguard proceedings against China in six product categories to determine whether they were contributing to U.S. market disruption.

The six product categories cover three major types of cotton apparel; cotton knit shirts and blouses, cotton and man-made fiber underwear, and cotton trousers. According to the U.S. government’s early monitoring data, knit shirt imports were up 1,258 percent during the first quarter of 2005 compared with the same period in 2004, 308 percent for underwear, and 1,521 percent for trousers. NCC President and CEO Mark Lange applauded the Administration’s action in April.

“We commend the Administration for this decisive action,” Lange said. “China has demonstrated in a number of trade categories its capability to dominate the U.S. market in a very short period of time,” he added. “Self-initiation of textile safeguards is the only way that market disruption can be addressed timely and effectively. A single country’s domination of the U.S. market can damage the interests of the U.S. cotton industry, undermine regional trading arrangements and disrupt established marketing relationships with many less developed trading partners.”

Although it still is early in the season and many unforeseen circumstances could affect the market at any point in the upcoming year, analysts already are hard pressed to estimate cotton prices for the 2005-06 crop.

With the 2004 crop U.S. carryover projected to exceed 7.0 million bales, equity values may remain under pressure. However, increases in loan premiums for high grade cotton and decreases in discounts for low grades should put more money in the farmers’ pockets.