One era ended on June 30, 2008, and another began the following day as Oklahoma Cotton Cooperative Association (OCCA) and Rolling Plains Cooperative Compress (RPCC) consolidated after operating as separate PCCA divisions since 1963. The new organization will maximize efficiency and profitability by better utilizing current and future assets. Now known as the Plains Cotton Cooperative Association Warehouse Division, the new name will capitalize on PCCA’s excellent reputation among the worldwide cotton industry.

The idea of consolidation was first mentioned in early 2008 by Rex Ford, manager of Farmers Coop Gin – Stamford and chairman of the RPCC Committee. A special committee comprised of OCCA and RPCC committee members and PCCA staff soon began studying the concept.

“I always had wondered why PCCA had two warehouse divisions,” Ford says. “It seemed to me they would be more efficient operating as one division.” The study committee soon discovered something unexpected.

“It seemed to me they would be more efficient operating as one division.” Rex Ford said.

“The committee members were somewhat surprised to learn how much OCCA and RPCC operations were alike,” says Dean Church, PCCA’s vice president of grower services. “We also determined that combining the warehouse operations would increase projected book credit retirements for 2008,” Church adds. 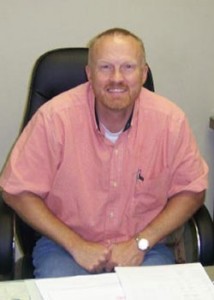 PCCA currently owns five warehouse facilities in Texas, Oklahoma, and Kansas and leases an additional seven locations in Texas, Oklahoma and New Mexico. However, the five-year average of bales handled at all locations has exceeded total storage capacity by almost 300,000 bales.

Other benefits of consolidation are reduced capital requirements, easier management of capital expenditures and personnel resources, leveling the “peaks and valleys” of cotton production by increasing the geographical footprint, and stronger political and industry alliances.

The study committee also approved a recommendation to capitalize the warehouse division via a Base Capital Plan due to wide swings in production, new members, and anticipated expansion. The plan will be initiated immediately following PCCA’s annual stockholders meeting in September; therefore, equity retirements for warehouse patrons this year will be based on the base capital requirements.

“For our fiscal year that ended on June 30, 2008, the allocation of earnings will be based on deliveries to the OCCA and RPCC divisions, respectively,” Church says, “and staff will recommend the levels of cash and book credit allocations for each of the divisions. In the future, these allocations will be based on the allocable margins of all warehouse locations combined and divided by total bales received by all locations.”

A new, nine-member committee has been elected to oversee Warehouse Division operations and make recommendations such as capital expenditures, tariffs and other items to PCCA’s Board. PCCA staff will meet with the committee on a regular basis. PCCA will continue to hold quarterly meetings at Sweetwater and Altus.

“Quarterly warehouse meetings have always been an important vehicle to communicate with PCCA members,” Church concludes.